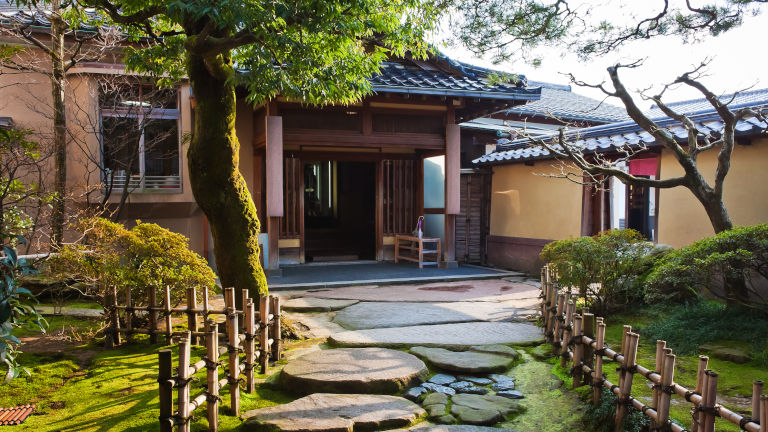 If it is the country’s rich history that draws you to Japan, then no doubt you’ll want to spend some time exploring the historic districts that boast fascinating narratives and well preserved illustrations of a time gone by. Keep an eye out for these areas of interest on your Japan tour itinerary.

During the Edo Period (1603 – 1868) in Japan many castle towns saw the samurai take up residence around the central castle, home to the feudal lord, thus forming what is now known as the samurai districts. These are characterised by narrow lanes that will transport you to a bygone era as you meander between earthen walls and below tiled roofs and steadfast entrance gates.

There are various places where you will find well preserved samurai residences, one standout being the Nagamachi District in Kanazawa. Here you can stroll the streets and along the canals absorbing the atmosphere and truly get a feel for the way of life of the samurai.

Immerse yourself in the district with a visit to Nomura Samurai Family Residence as you soak up the Essence of Japan with Tauck. Stroll through the beautiful gardens and the house itself adorned with carvings and filled with antiques including a samurai suit of armour. Alternatively, if you join the Cherry Blossom Festival itinerary with On The Go, you will also see the delicate pink blooms blanketing the impressive Kenrokuen garden, once that of Kanazawa Castle. 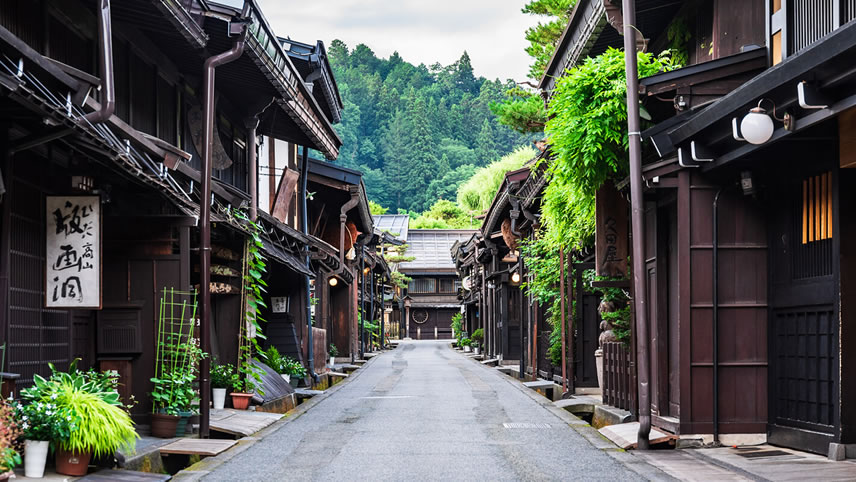 A division of social castes in the Edo period saw merchants band together in the ‘merchant districts’ and in these preserved areas you can still find characteristic old buildings, shops and warehouses. Many are still being used to this day and you can shop for customary crafts, break for a delicious meal at one of the transformed restaurants, or simply enjoy wandering the streets lined with tradition.

Check out the Edo-style streets of Takayama Old Town as you discover the Splendours of Japan with Trafalgar, or visit Nakamachi, the former merchant district of Matsumoto, while exploring Classic Japan with Intrepid. 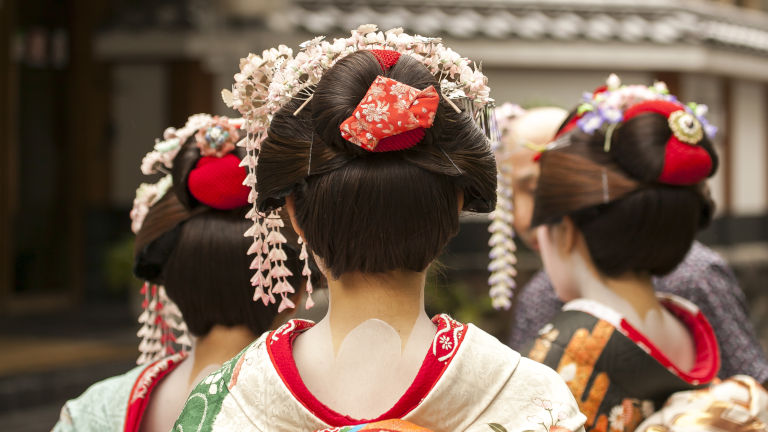 The ancient tradition of geisha entertainment still weaves its way through the modern fabric of Japan, particularly in Kyoto. Geisha perform traditional song and dance and are known for their iconic dress, donning kimonos and oshiroi makeup.

The Gion neighbourhood is known as the principal Geisha district in Kyoto and carries through its historic charm with preserved old buildings and tea houses. Explore this lively district with Luxury Gold on their Majestic Japan itinerary and for a truly immersive experience, enjoy a performance by a Maiko, an apprentice Geisha. 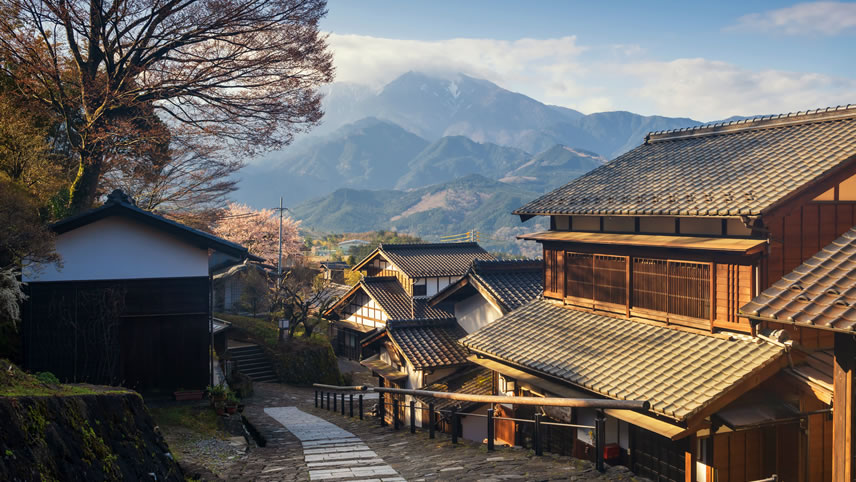 Historic post towns were built to give travellers a place to rest as they made their way along major routes throughout Japan, one of the most well known being that between Tokyo and Kyoto. These hubs provided accommodation and restaurants for visitors so they could rest and refuel for their onward journey, and some continue to do so to this day.

Some of the best preserved post towns can be found in the Kiso Valley, including that of Tsumago and Magome. Both these historic post towns boast buildings and design dating back to the Edo Period, and still offer a place to break the journeys of travellers. You can see both towns as you walk the Nakasendo trail between them, a popular route for walkers and hikers looking to get a taste of the history and scenery of Japan.

5 Uniquely Japanese Experiences to have at the Summit of Mt Fuji
01 August, 2019
If you are challenging yourself with a hike of Mt Fuji, then you will be pleasantly surprised...

5 of the Best Walking Trails in Japan
22 July, 2019
Japan boasts plenty of drawcards and travellers flock here for the culture, cuisine,...

Save on Small Group Tours to Japan with Bunnik!
08 April, 2019
Japan – a country brimming with culture, scenic beauty and delicious cuisine. It’s not...

5 Top Tips to Master Chopsticks in Japan
31 July, 2018
Eating with chopsticks is part of everyday life in Japan and certain etiquette is engrained as...

5 Luxury and Premium Japan Tours
30 July, 2018
Japan is charismatic, culturally rich, and stylish! So, why not see it in style? If you want...

5 Budget Tours to Japan
25 July, 2018
Japan is a vibrant country – its character is delicately quirky, and its culture is palpable....