10 Things You Should Know About the Med

A popular destination for sun seekers, history lovers, and cruisers the world over, ‘the Med’ is to most an alluring sun kissed, island hopping destination where azure seas offer warm waters and charming coastal ports. Getting to know the...
31 August, 2019 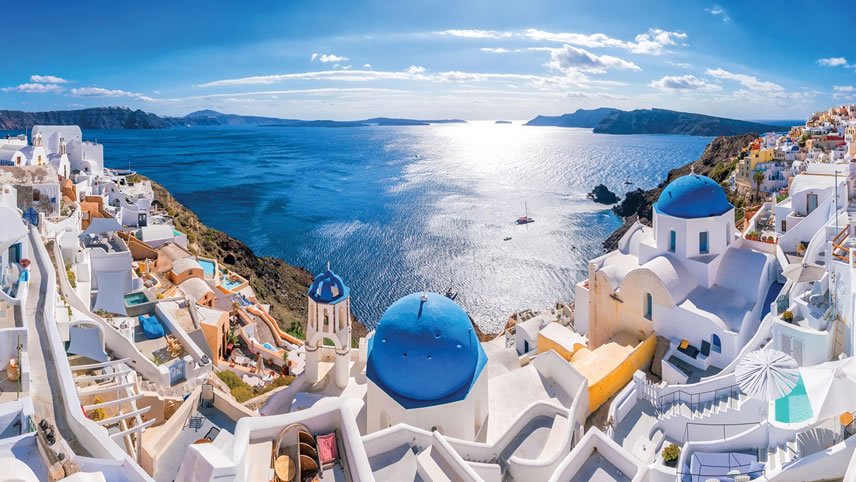 A popular destination for sun seekers, history lovers, and cruisers the world over, ‘the Med’ is to most an alluring sun kissed, island hopping destination where azure seas offer warm waters and charming coastal ports.

Getting to know the region is truly like opening a treasure chest . This inland sea borders more countries than we know, hides and boasts hidden treasures both in and beside its depths and showcases a rich tapestry of cultures, beliefs and archaeological wonders. There are so many intriguing facts to fascinate the traveller who may be planning to cruise the Mediterranean or tour her many bordering countries, be it for the first time or returning to explore more, time and again. Here are some of our favourite facts for cruisers and travellers alike:

What’s in a Name?

The Mediterranean was so named by the Romans. They can be forgiven for thinking it was the middle of the earth (after all, for many holidays makers it is the centre of the universe!), important as it was to their livelihood and civilisation. The name is derived from the Latin term for middle, Medius and earth, Terra.

A Coastline for Three Continents

The Mediterranean Sea has a coastline of over 46,000 kilometres (28,600 miles) and is bordered by over 20 countries from the African, European and Asian continents. It’s well known that Spain, France, Greece and Turkey border ‘the Med’ but did you know that Morocco, Israel, Egypt and Lebanon have a Mediterranean border as well?  Of all the countries bordering the Med, Greece has the longest coastline, including those of its islands.

The Mediterranean Sea more than earns its place as one of the most culturally diverse regions in the world.  If you are seeking to cruise the Mediterranean you will be spoilt for choice with the diversity of cultures that await in the countries and the ports of call. Added to that, the vast history, religions, art, and civilisation shaping wealth of knowledge borne from this region alone is beyond belief. Top it off with the culinary journey that’s a feast for the senses, a pleasant climate and picturesque coastline and it’s not surprising the Mediterranean Sea is a much loved tour and cruise destination!

The Mediterranean Sea is often referred to as an inland sea. You wouldn’t know that as you sail on its azure waters, recline on one of the coastal beach resorts or toast the sunset from a Greek island. The sea is almost landlocked between the African, European and Asian continents, opening at the Strait of Gibraltar, where the narrowest point is just 12 kilometres (eight miles) to the Atlantic Ocean. The man made Suez Canal connects the Mediterranean Sea to the Red Sea, and it connects to the Black Sea via the narrow passage of the Dardanelles or the Sea as Marmara as it is also known.

Ocean cruise enthusiasts will be keen to know the Mediterranean Sea takes up an area of 2.5 million square kilometres (965,000 square miles). It has an average depth of 1,500 metres. The Calypso Deep in the Ionian Sea, with a depth of 5,267 metres is the deepest point of the Med. A point of interest to oceanographers as this is half as deep as the deepest point of the Earth in the Pacific Ocean (Challenger Deep). The Mediterranean's warmer waters draw crowds through the summer months but year round the water temperature generally sits between 10º C and 27º C (50º F and 80º F).

Many Seas, One Mediterranean

You hear the names of many seas in the Mediterranean region. That’s because the Med is subdivided into several smaller seas and straits that may be familiar. From west to east the Med is home to the Strait of Gibraltar, Alborán Sea (separating Spain from Morocco), Balearic Sea (between the Balearic Isles and the coast of Spain), Ligurian Sea (between Liguria on the Italian Riviera and Corsica) Tyrrhenian Sea (off Italy’s west coast), Ionian Sea (between Sicily and Greece), Adriatic Sea (separating Italy from Croatia, Montenegro and Albania) and the Aegean Sea (between Greece and Turkey in the Eastern Mediterranean). Thousands of islands are dotted along the Med and some of the world’s best known islands too. This is where you will find Cyprus and Rhodes in the eastern Mediterranean, Sicily and Malta in the central Mediterranean, and Ibiza and Majorca in the western Mediterranean. Home to the much loved Greek Islands – a favourite for cruising and island hopping as well as the islands of Croatia which are growing in popularity as a cruising and sailing destination for their historic, scenic and laid back charm.

So many renowned attractions were created during the Roman Empire (that once covered the entire coastline of the Med). Did you know Rome is also said to be the birthplace of shopping malls? And why not - many Roman homes also had central heating, indoor plumbing and sanitation. It was a sophisticated civilisation that brought many inventions, magnificent architecture and decorative construction to the world. Not far from the Colosseum, you will find Trajan’s Market – a multi-level structure that housed shops, offices and apartments. You can still visit several of the levels where you will be charmed by the marble floors. It is said to be built around 110AD! 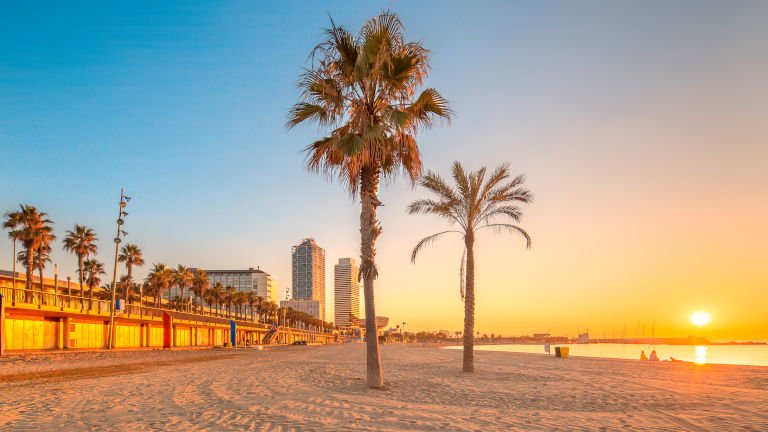 Marseilles (France’s largest cruising port and France’s second largest city) has a true eclectic Mediterranean story through the ages. The area was first founded by the Greeks in 6 BC, and it’s where you tuck into a hearty bowl of bouillabaisse, the quintessential French signature fish stew made with the local catch. The popular port area Le Vieux Port is equally home to local fisherman and the urbane millionaires with their mega yachts. Boutiques, markets, restaurants, patisserie and these days, a buzzing hip hop scene are to be enjoyed there. Très Mediterranean!

Barcelona’s beaches have received accolades the world over from National Geographic to Trip Advisor’s People’s Choice (and more) but here is something you might not know. Barcelona’s seven beautiful beaches that stretch across the city’s coastline were re-invented to coincide with the city hosting the 1992 Olympic Games. Industry was moved out of the area and sand was brought in – a great idea! These ever popular spots add to the culture and iconic architecture of this colourful, historic and cosmopolitan Mediterranean city.

Cruise Lines in the Mediterranean