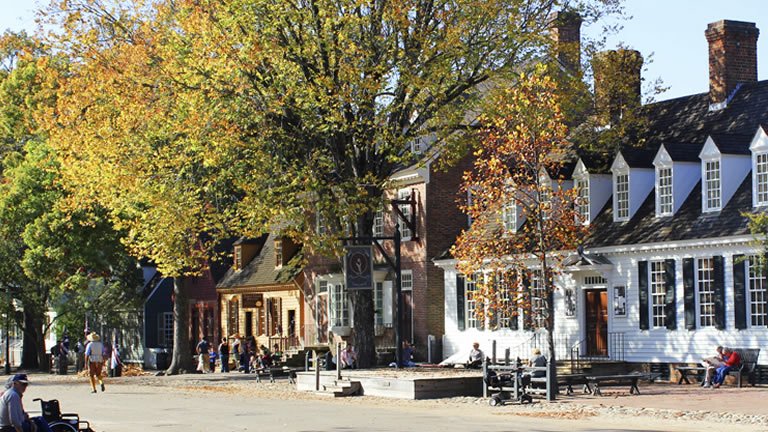 Book online and enjoy exclusive savings on Tauck's 11 Day In Freedom's Footsteps: Philadelphia to Washington DC. Understanding the meaning of freedom and America's story... Explore the meaning of freedom – from the earliest settlement to the Colonial era to the Revolutionary War to building a Republic. Discover the nation's economic expansion and industrial growth... 18th century social and religious movements... the Civil War... political diversity... and the defining themes that shaped the American experience century upon century.

Tour begins: 6:00 PM, Sofitel Philadelphia. A transfer is included from Philadelphia International Airport to the Sofitel Philadelphia. America's first capital city is a treasure trove of history; tomorrow you'll be exploring some of the most famous sites from the earliest days of the US – you might consider arriving a day earlier to spend more time. Join us tonight for a welcome cocktail reception and dinner at your sophisticated hotel located in the city center near the Rodin Museum, City Hall, Liberty Place and other landmarks. Stay Two Nights: Sofitel Philadelphia (D)
Around every corner of this city lies a piece of American history, as you'll discover for yourself on a day immersing in historic Philadelphia. Begin the morning with a Tauck Exclusive, early-opening private tour of the Museum of the American Revolution, followed by a horse-drawn carriage ride through the historic district. Then tour Independence Hall, where the Declaration of Independence was signed, and view the Liberty Bell, before spending the rest of the day as you please in Pennsylvania's "City of Brotherly Love". (B)
Travel through rolling Pennsylvania farmland to Lancaster County for a guided tour that reveals the cultural traditions of the Amish, steeped in centuries past, and lunch. Continue on to Gettysburg National Military Park for a visit to the amazing interpretive center. The center includes a film, “A New Birth of Freedom,” narrated by Morgan Freeman; the massive Cyclorama painting, which literally surrounds visitors with a magnificent visual of the fury of Pickett's Charge and brings vividly to life the sights and sounds of the battles that raged here on July 1-3, 1863; and the Gettysburg Museum of the American Civil War, featuring 12 exhibit galleries that contain artifacts and interactive displays. At our dessert reception after dinner this evening, a storyteller recounts the harrowing experience of civilians trapped in the town of Gettysburg during the ferocious fighting. Stay: The Gettysburg Hotel (B/L/D)

A morning drive with a Gettysburg expert takes you through some of the battlefields – now eerily peaceful – viewing pivotal sites and hearing stories such as the defense of Little Round Top, the “Killer Angels” and the courage and futility of Pickett's Charge. More than 50,000 men on both sides were killed, wounded or missing at Gettysburg; about 6,000 lie in the national cemetery here, which Lincoln dedicated with his famous address later that year.

Travel on to Harpers Ferry, West Virginia, with a Ken Burns vignette that sets up your visit to the site of John Brown's failed 1859 raid on the town's federal arsenal, where the abolitionist was captured and most of his 21-man “army” were killed. The Civil War was fought in 10,000 places, the majority of them in the South; foraging armies swept across American farms and burned American towns, and homes became headquarters and hospitals. You'll travel through some of these towns as you continue on this afternoon to Charlottesville, Virginia for a two-night stay. Stay Two Nights: Omni Charlottesville Hotel (B/L/D)

Begin your day in Charlottesville with a visit to author, statesman, scientist and third U.S. President Thomas Jefferson's beloved Monticello, the hilltop house he designed on the principles of Renaissance architect Andrea Palladio. As you explore the house, plantation and grounds, you'll observe that the realities of plantation life did not always fit comfortably with the founding father's principles of equality and liberty. After lunch featuring colonial fare and servers in 18th-century period attire at the historic Michie Tavern, see the University of Virginia's landmark Rotunda and Grounds, described by its designer Thomas Jefferson as an “academical village.” Also included today is a Tauck Exclusive: a private presentation on “Slavery, the Plantation and the Civil War” by Dr. Leni Sorensen, scholar, living history interpreter, and African American Research Historian for the Thomas Jefferson Foundation at Monticello. The evening is free to spend as you please in Charlottesville. (B/L)
An in-depth view of the Civil War from various perspectives awaits in Richmond, capital of Virginia and the capital of the Confederate States of America during the war. Begin the day with a private guided tour of the historic Virginia State Capitol, designed by Thomas Jefferson and French architect Charles-Louis Clérisseau, and modeled after an ancient Roman temple in southern France. A National Historic Landmark completed in 1788, the building also served as the Confederacy's wartime capitol; a major restoration and expansion was completed in 2007. Following lunch at a local bistro, travel to Colonial Williamsburg, whose cobblestone streets and buildings have been restored to the way they looked when the city was Virginia's Colonial capital. As you step back in time during your two-night stay, enjoy dinner this evening at an 18th-century style tavern in Colonial Williamsburg. Stay Two Nights: Williamsburg Lodge (B/L/D)
Restored to its 18th-century glory and inhabited by interpreters in period dress living its 18th-century lifestyle, Colonial Williamsburg is yours to explore as you please today. Discover life in days gone by as you step back in time to encounter local residents, from artisans and tradespeople to militiamen and ordinary citizens. Visit authentically restored buildings such as the Governor's Palace, Raleigh Tavern, Bruton Parish Church, and other places including Colonial homes. You'll enjoy activities and demonstrations throughout the day in Colonial Williamsburg. (B)
You'll travel from Williamsburg this morning to the magnificent Mount Vernon estate of America's first president, George Washington. Overlooking the Potomac River, the setting couldn't be more spectacular; explore the state-of-the-art interactive museum, the 18th-century mansion and landscaped grounds. You'll have a late afternoon arrival in Washington, DC, capital city of the US, for a three-night stay at one of its most historic hotels, InterContinental The Willard Washington D.C.; dine tonight at a local restaurant. Stay Three Nights: The Willard InterContinental (B/L/D)
Today you'll get perspectives onWashington D.C.'s 225+ year history, beginning with a sightseeing tour this morning that features views of iconic Washington sights such as the White House, Capitol Hill, the National Mall, the Washington Monument and the Jefferson Memorial. On a visit to the Lincoln Memorial, you'll have an opportunity to see the poignant memorials to those who served in World War II, the Korean War and the Vietnam War. Early this afternoon, arrive at the Spy Museum, a captivating museum featuring a large collection of spy artifacts, first-person accounts with top intelligence officers and experts and interactive exhibits that take you undercover as a spy, testing your skills and tracking your progress along the way! Spend the remainder of the day pursuing your own interests in Washington, DC. (B)
First up today, a Tauck Exclusive – early admission to the Rotunda of the National Archives for a private viewing of the Declaration of Independence, the Constitution and the Bill of Rights, with welcome comments by a National Archives insider. Then go behind the scenes with an archival researcher to learn how modern archival techniques preserve both great documents and stories of individual Americans. The afternoon is free; you'll have time at the National Archives to explore as you please, or perhaps visit one of the many museums on the National Mall. Tonight, a memorable week concludes with a farewell reception and dinner. (B/D)
Tour ends: Washington, DC. Fly home anytime. A transfer is included from InterContinental The Willard Washington D.C. to Ronald Reagan National Airport or Dulles International Airport; please allow a minimum of two hours for flight check-in at the airport. (B) 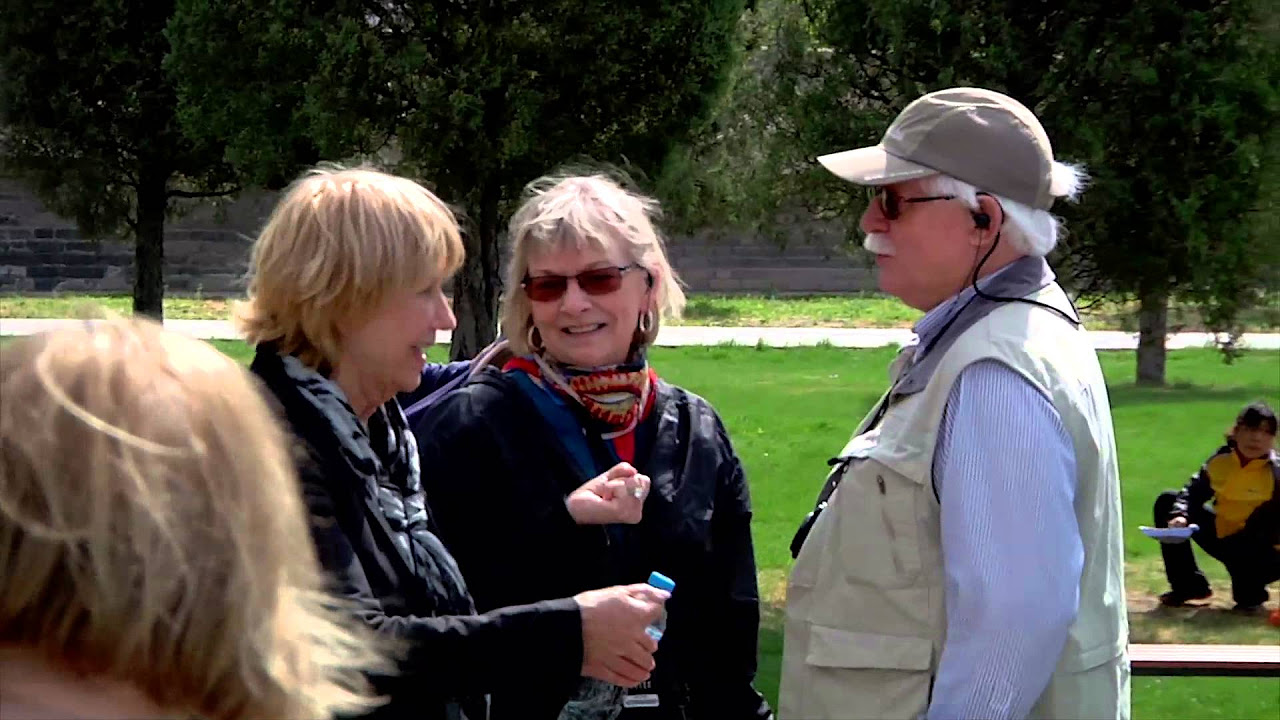 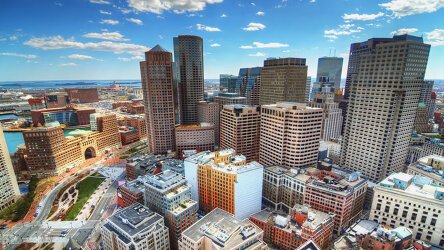 The Best of Hawaii Spirit of the Desert: The National Parks of the ... 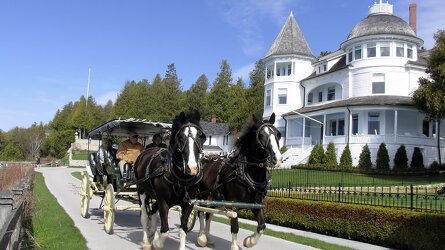