Irish Warmth on the Taste of Ireland 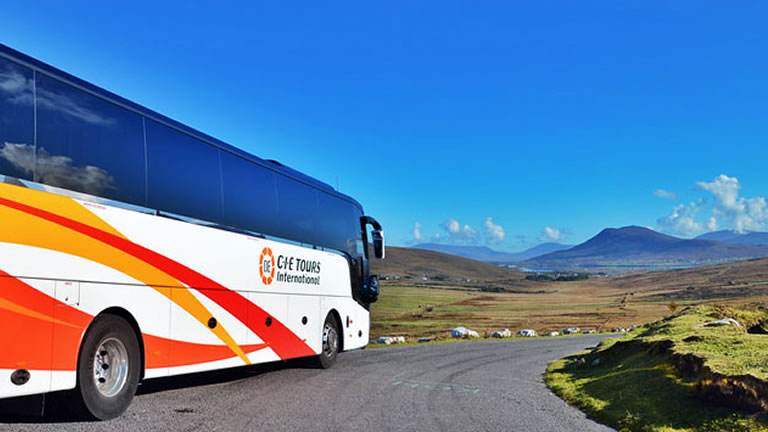 Tara and Sheila both had their individual connections to Ireland. Tara had grown up a competing in Irish dancing contests and later studied Irish history and literature. Throughout her childhood, Sheila had spent her August holidays in Ireland every year to celebrate her grandmother’s birthday and reconnect with her extended family, many of whom lived abroad. When they had the chance to explore Ireland through their own eyes, the two travelling friends jumped at the opportunity. These are the highlights of the journey they took on CIE’s Taste of Ireland Tour. 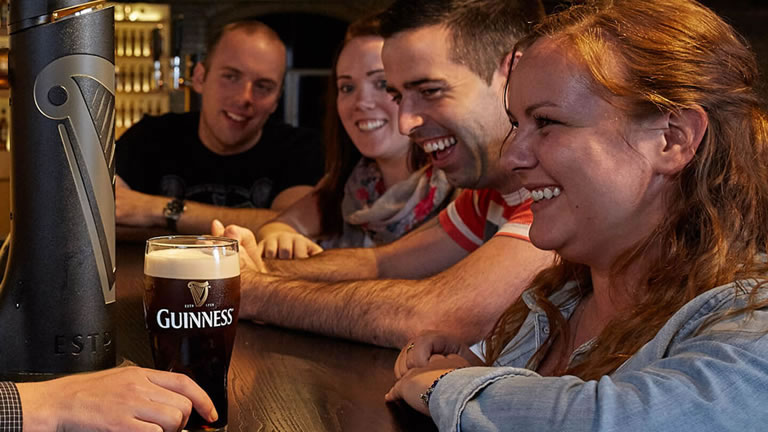 The Warmth of the Irish

We have all heard the popular sentiment about the warmth of the Irish. Tara said she had heard this throughout her life and wondered how the most striking element of Ireland could possibly be the warmth the people. After all, how nice could they really be? After the trip, Tara found herself singing the same tune. Her expectations of the Irish had been high, and she was not disappointed.

There were so many examples of this each day on the tour, starting with the group of women they met in Killarney who insisted on them joining in on their night out, exploring the local pubs in search of that authentic Irish scene and music seisún. They only got as far as, “We’re not from around here and we’re looking for…” before their new friends declared “You’re coming with us!”. Tara and Sheila didn’t tick off the 'authentic experience' they were looking for, they probably found the most authentic Irish experience to be had! 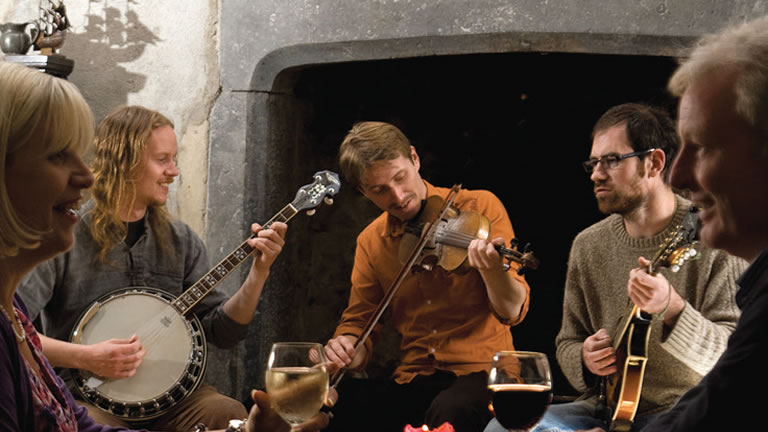 Then there was the other night Tara, a singer, sang three of her own songs to the local crowd at the infamous Durty Nelly’s, after the tour group had been at a medieval dinner at Bunratty Castle. Slightly intimidated by the burly regular singers, Tara was amazed she had silenced the noisy crowd and left many with a tear in their eyes. (Their loquacious tour director declared he was speechless for only the third time in his life!). This led to swapping details and promises to send CD’s to her new local friends.

Endless experiences like this throughout the tour showed the girls the warmth of the Irish is not one of the country's many myths, it’s legendary. 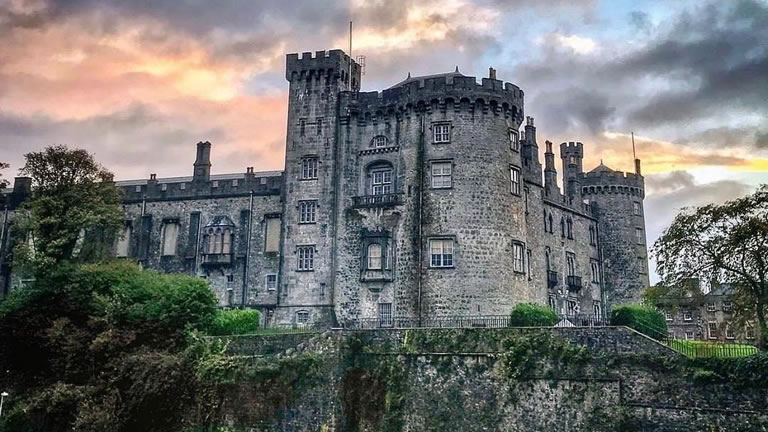 The tour gave Tara and Sheila their first experience of interacting daily with a large group of fellow tourists. They had never been on a large tour and weren’t sure how they would enjoy group touring. What they quickly learned from their fellow travellers was the strong pull Ireland has on so many people from different places and of different ages. As they shared their own family stories over meals on the trip, they realized that the theme of group conversations always harked back to family and ancestry.

They soon learned that many of their fellow travellers were also discovering their roots in Ireland. A mother and daughter, named O’Brien, from Auckland, were excited to encounter the popular O’Brien’s chain of sandwich and coffee shops but were even more delighted to learn that Bunratty Castle (which they had visited on day four) had been owned by the O’Brien clan. You can almost hear their excited claim, “We’re royalty!”. Even for those on Tara and Sheila’s tour with no Irish roots, there was a particular moment when everyone felt the pull of the ancestors. On a brief visit to the family owned Connemara Marble Factory in Moycullen, near Galway City, Ambrose Joyce, Jr. welcomed the group with a brief tour of the factory and showcased million-year-old renowned Connemara marble in vibrant greens to lush pinks, some with full aquatic scenes imprinted from ages ago.

Kim, from New York, approached Ambrose to check if the stone in her ring, an heirloom from her grandmother, might be the same Connemara marble. To everyone’s amazement Ambrose brought Kim over to meet his father, Ambrose Sr. who not only confirmed that the ring had been made in that very factory, but that he himself had cut that very stone decades before. Unexpectedly Kim had stumbled upon an astounding connection. Irish roots or not, the group was moved as they watched the same man who had cut the ring for a grandmother, clean and polish the stone for her granddaughter. Goosebumps all around. 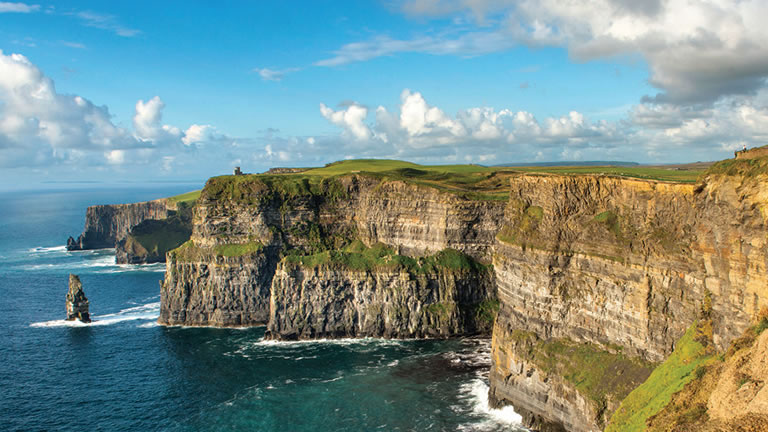 For a small country, Tara and Sheila witnessed that Ireland and the tour itinerary offered something for everyone. History buffs enjoyed the sights of Dublin and Galway. At the Skellig Experience museum, they discovered the fascinating history of Skellig Michael, the dual pinnacled island off the coast of Kerry, where a determined order of monks erected a monastery in the 6th century. There was ample time for tea and scones for those who wanted to relax and take it all in by the warmth of the fireplace.  For those wanting to connect with the land, there were abundant opportunities to explore the green fields and stunning vistas. 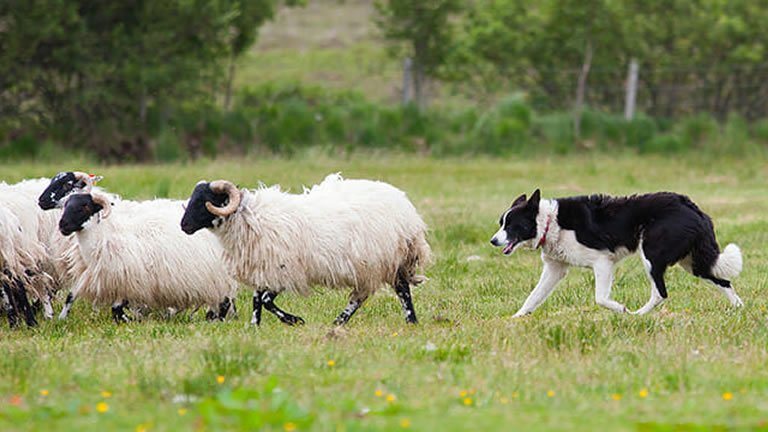 One memorable experience was the sheep herding demonstration by Kerry farmer Brendan Ferris, who had trained each of his dogs to respond to a specific whistle. “Now you know that your dogs can hear you,” he told the delighted audience. “It’s just that they aren’t listening.”

Not surprising, Ireland’s key attraction was the landscape, which no matter the weather, provided amazement each day. After the Giant’s Causeway, the Cliffs of Moher are probably the most mentioned, photographed and visited geological attraction on the island of Ireland. And after just two hours of gaping at them on the fourth day of the tour, Tara and Sheila completely understood why. They would have kept walking and staring, staring and walking, for hours had their driver and the rest of the crew not been waiting! 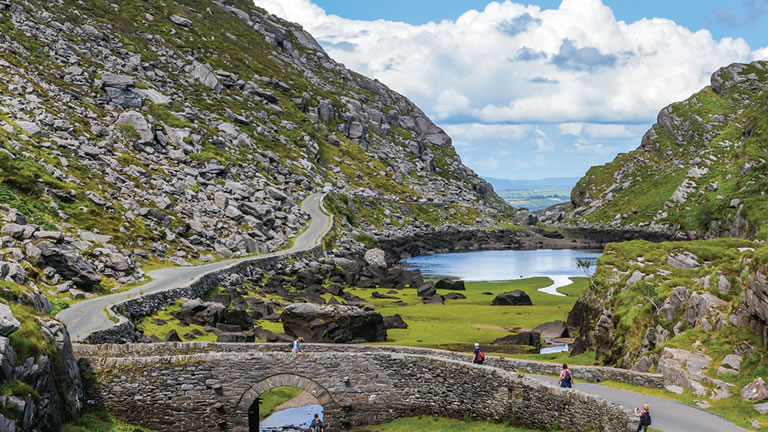 Of course, Tara and Sheila had nothing but praise for their wonderful CIE guide and driver, Pat Smith from Kells, Co. Mayo, who made lecturing on Irish history and each destination, while navigating a 30-person bus around hair-bend turns, seem like the most natural thing in the world. Pat was brimming with enthusiasm for his country and shared wonderful suggestions for free time, facts and stories. He was also the icon of patience and respect for every question he was asked. On the third day, he was asked over and again when they would see the Ring of Kerry – in fact, they had already been on the famous road for a few hours. “The Ring of Kerry is not a physical ring, if you like,” he cheerfully explained over the bus’s sound system. “It’s a driving route, and we’re on it.”

Why you should consider CIE Tours
31 May, 2019
CIE Tours are an Irish owned and operated tour operator, celebrating 87 years of travel...

Solo Travels in Ireland with CIE Tours
31 May, 2019
Dreaming of travelling through Ireland, but don’t want to go it alone? Solo travel can be...