Home > All Cruises > Australia > Kimberley Coast to the Top End

Kimberley Coast to the Top End

11 Day Expedition Cruise from Broome to Darwin with APT

Book online and enjoy exclusive savings on APT's 11 Day Kimberley Coast to the Top End. Cruise the Kimberley coast in style on board this luxury small ship expedition cruise. Cruise from Broome and discover the unique landscape as you see the highlights of the Kimberley including Montgomery Reef, Mitchell Falls & Horizontal...read more Falls. 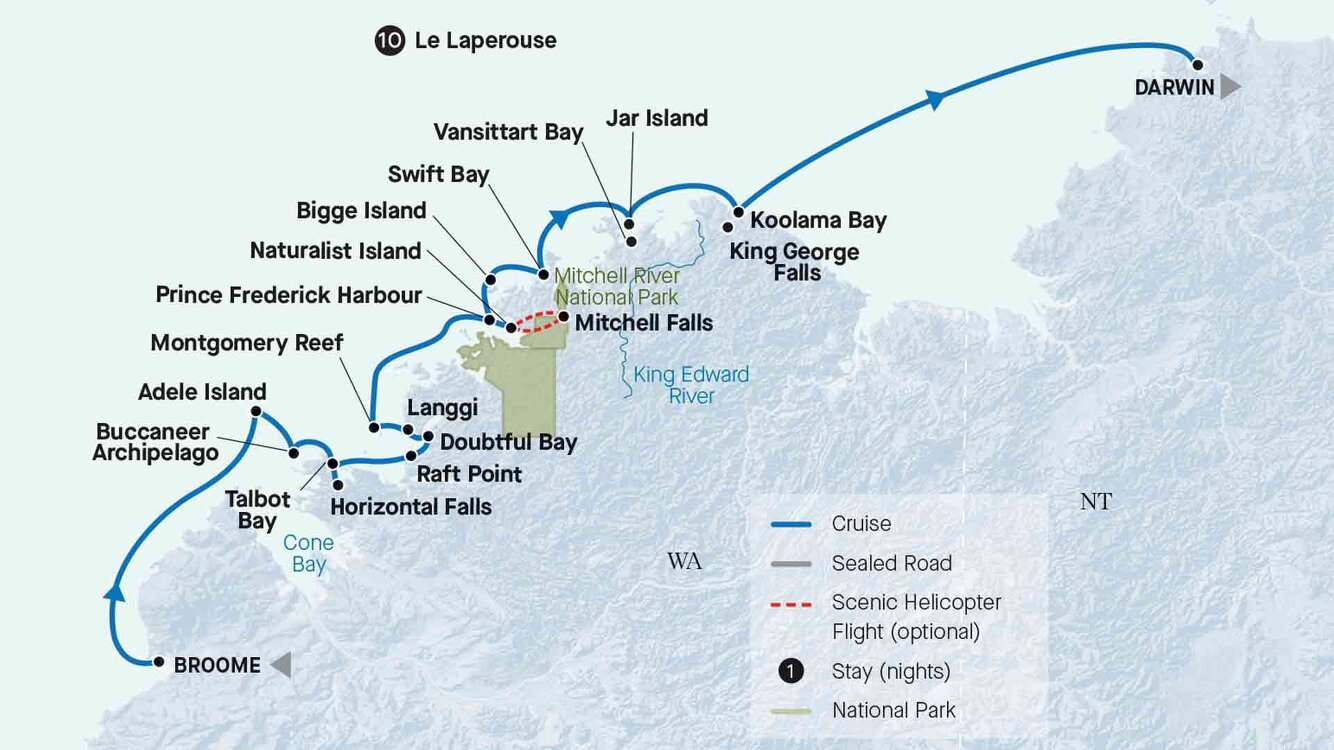 Expand All
1 Arrive Broome, Embark Ship
Welcome to Broome, a former pearling port and an ideal stepping stone to your Kimberley Coast adventure. After your arrival on the stunning Indian Ocean coast, we will transfer you to your luxury ship, Le Laperouse. Get to know your expedition team and APT cruise director at a welcome briefing before dinner. Stay 10 Nights: Le Laperouse (D)
2 Adele Island, Buccaneer Archipelago
Wake to the promise of adventure at sea as the Buccaneer Archipelago sprawls out before you with its more than 800 islands. Le Laperouse charts a course for Adele Island, an important location for breeding seabirds including the lesser frigatebird and the brown booby. Led by your expedition team leader, you'll board a Zodiac and skim across the turquoise waters of Adele Reef to your island destination. The reef is bursting with coral and marine life, such as reef sharks and stingrays. Later, back aboard, cocoon yourself in Le Laperouse's refined setting and watch the amber glow of a Kimberley sunset before dinner this evening. (B/L/D)
3 Talbot Bay, Horizontal Falls
Explore Talbot Bay before transferring to a Zodiac to explore Cyclone Creek. Accompanied by your expedition team leader, you'll weave nimbly past the dramatic folds of rock formations, keeping a look out for local wildlife. (B/L/D)

Signature Experiences:
4 Raft Point, Montgomery Reef
Step onto dry land at Raft Point to visit an ancient Wandjina rock art site. The unique figures depicted in these artworks are ritually repainted each year, but scientific estimates date the originals as far back as 5,000 years. You'll be joined by a local Indigenous guide when available. (B/L/D)

Signature Experiences:
5 Prince Frederick Harbour, Hunter River, Mitchell Falls
You are transported to Prince Frederick Harbour today, which is home to towering red cliffs and tangled mangroves. With its extreme tides and pristine ecosystems, the harbour is rich in wildlife including mudskippers and saltwater crocodiles. Keen birdwatchers should keep a careful eye out for kingfishers, egrets, herons and white-bellied sea eagles. Stepping out from the sleek comfort of Le Laperouse to your trusty Zodiac, it's hard to believe you're at Australia's final frontier, this time to explore the Hunter River and Naturalist Island. As your day of discovery draws to a close, you might choose to set out on a thrilling helicopter flight to see the Mitchell Falls in all its splendour from above (flight at own expense). (B/L/D)
6 Bigge Island
You continue to cruise north along the Kimberley Coast towards your final destination, Darwin, bound for another encounter with ancient art. (B/L/D)

Signature Experiences:
7 Swift Bay
Explore this maze of islands, inlets and peninsulas, believed to have been named by explorer Lieutenant Phillip Parker King after novelist Jonathan Swift, author of Gulliver's Travels. Most significant here are extraordinary examples of Wandjina and Bradshaw (Gwion Gwion) rock art, estimated to have been created between 5,000 and 13,000 years ago. They can be seen in caves close to the water's edge, mainly painted on rock overhangs. (B/L/D)
8 Vansittart Bay, Jar Island
This morning join your expedition team on an intriguing discovery. Walk across salt flats to view the wreckage of a US Air Force DC3 which crash-landed near Vansittart Bay during World War II. Later, visit Jar Island and discover the island's outstanding rock art gallery. During your exploration here, you'll see more examples of Bradshaw (Gwion Gwion) paintings, dating back more than 20,000 years. (B/L/D)
9 Koolama Bay, King George River and Falls
Wake this morning as your ship cruises into Koolama Bay. Hear how this harbour was renamed following the Japanese bombing of the MV Koolama in 1942. Next, it's onto the King George River. Join your expedition team and jump aboard a Zodiac to meander through the river's gorge system, passing mangrove-fringed coves and sheer red cliffs. (B/L/D)

Signature Experiences:
10 Day at Sea
Relax and ease into a full day at sea, enjoying the endless horizon. Perhaps take a swim in the onboard pool, pamper yourself in the wellness area, or head below deck to the underwater observation area for a stunning window into marine life below the ocean's surface. (B/L/D)
11 Disembark Ship, Depart Darwin
Arriving into Darwin today means it's time to say goodbye to your ship. You'll disembark and we'll transfer you either to Darwin airport or to your Darwin hotel. (B) 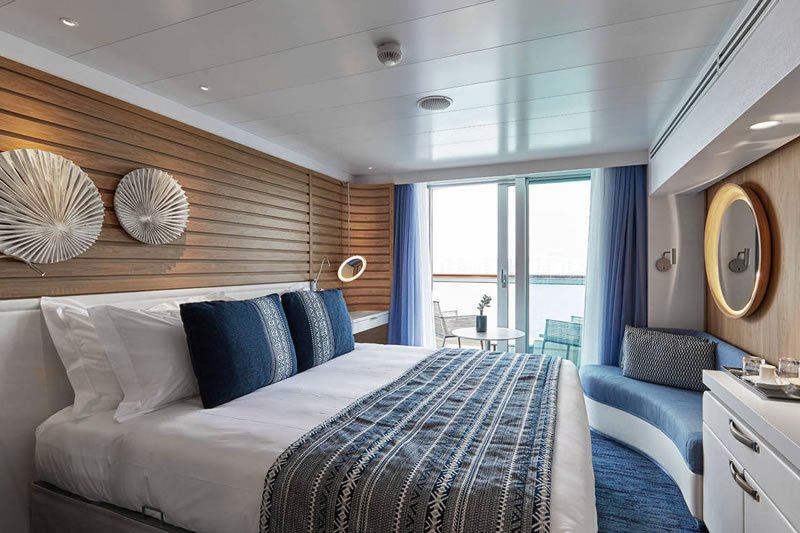 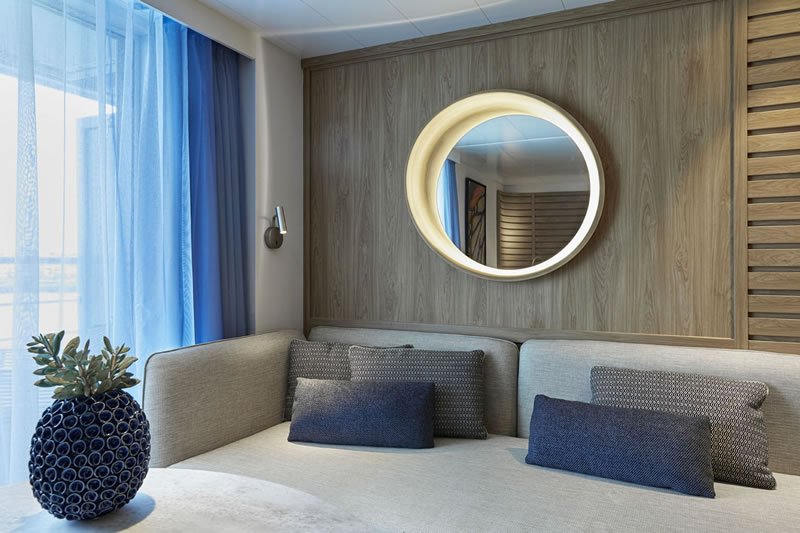 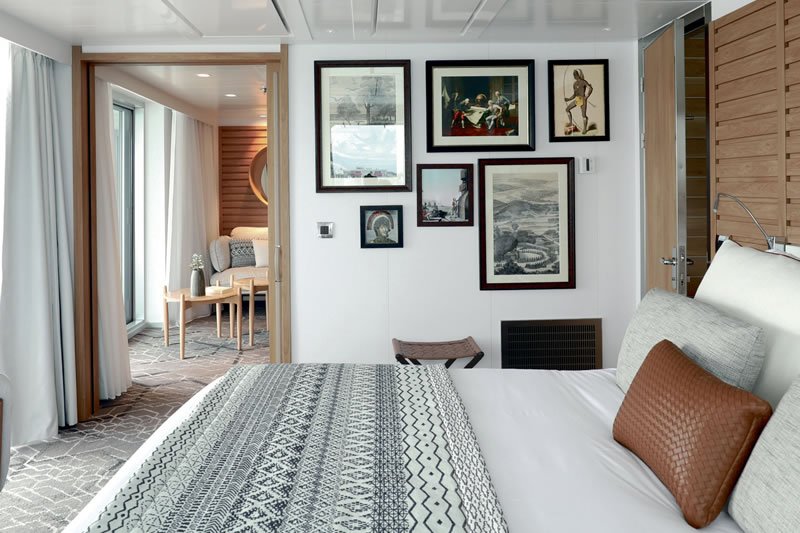 APT Superdeal Savings! Fly Offers & Exclusive Savings.
APT Club Past APT passenger exclusives!
Past Client? Save an additional $100 per booking!
Key
Exclusive Global Journeys Savings. - Available for a limited time or until sold out.
Note: Your Global Journeys Travel Advisor will check the availability of your departure date when you enquire. Additional savings may apply. We guarantee the lowest price in Australia. T&C’s apply.

Note: Upgrade prices shown are per person. Upgrade prices can vary depending on the departure date & the month of travel. Your Global Journeys Travel Advisor will confirm and include the upgrade price in your quote. 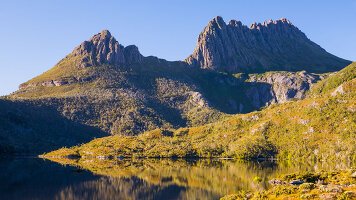 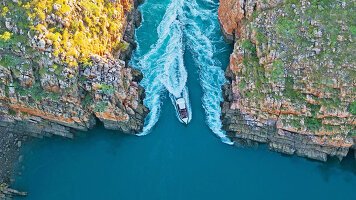 Grand Kimberley Coast
10 Days Broome to Darwin
Operated By: APT
Trip Notes
Trip prices are per person, and reflect applicable discounts. Discounts are subject to availability, exclusive to Global Journeys and may be withdrawn at any time without notice. Trip prices are correct at the time of the products going live, however are subject to confirmation at the time of booking. All trip information is correct at time of trips going live, however are subject to change by APT. Full terms & conditions are available here.