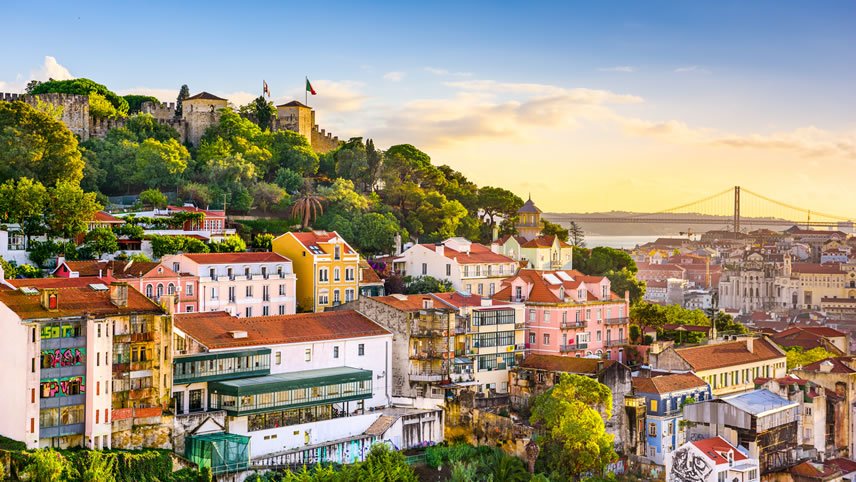 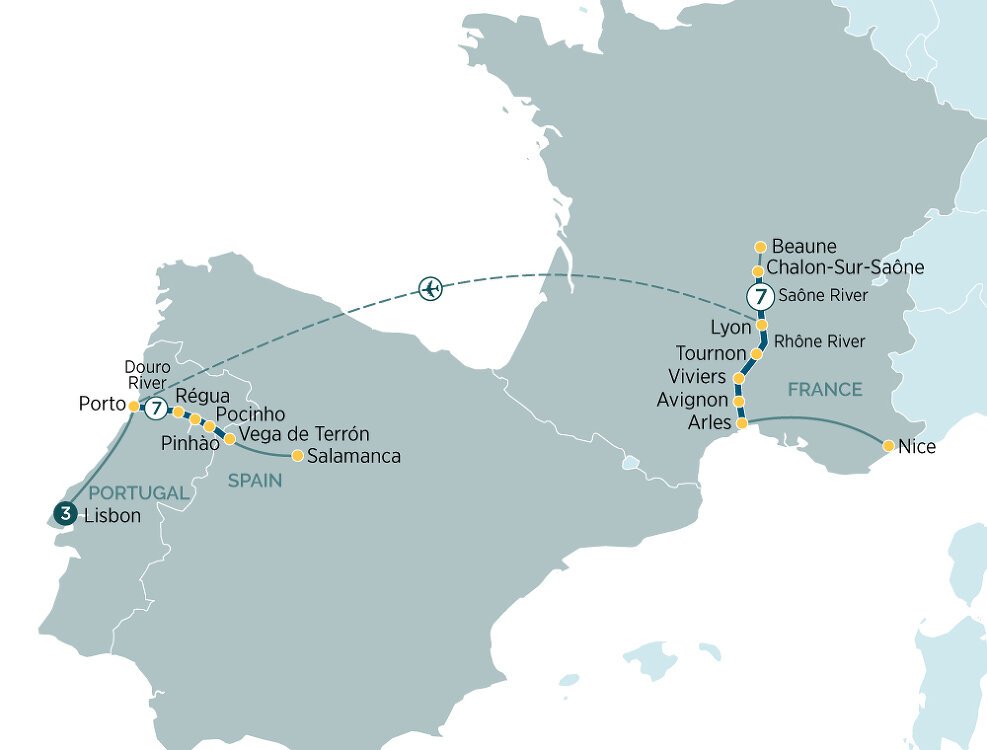 These two cruises link seamlessly to create this eighteen day itinerary. Start with seven nights on board Emerald Libertè cruising the Rhóne and Saóne Rivers before a flight to Porto for a second seven night cruise along Douro River through Portugal and into Spain. Plus enjoy an extended stay in the Portuguese capital of Lisbon.

You will be met at the airport and transferred to Arles, where your friendly captain and crew will be waiting for you to board your luxurious Emerald Cruises Star-Ship. This evening, enjoy a welcome reception on board. (D)
Revel in the glory of the Roman Empire today during an insightful visit to Arles, including the UNESCO World Heritage-listed Roman and Romanesque monuments of Arles and Arles Amphitheatre, a 2,000-year-old structure where spectators would have once gathered by the masses to watch superb chariot races. Enjoy learning about the time that Vincent van Gogh spent in the city, taking inspiration from his surroundings and using them to create many of his most iconic pieces of art, including the “Starry Night Over the Rhône”, before exploring Arles at leisure. EmeraldPLUS A Provençal dinner hosted by Chef Fabien Morreale Included Excursion A guided tour of Arles with arena visit DiscoverMORE A Camargue excursion (extra expense) (B/L/D)

Avignon has a long and storied history, as this fortified town was once the residence of Popes who fled from Rome, hoping to escape from the political pressures of the Roman Empire. Embark on a guided walking tour of Avignon to witness its illustrious past, including the ornate Gothic exterior of the UNESCO World Heritage-listed Palais des Papes, built by the Popes over two decades.

A snapshot of quintessential France awaits your arrival in Viviers, a town that perfectly encapsulates the medieval days of the region. Pastel coloured buildings that have been gently faded by the sun line narrow cobblestone streets, and the heart of the old town is yours to explore today during a guided walking tour. Included Excursion A guided tour of Viviers DiscoverMORE Fishing class (extra expense) EmeraldACTIVE Hike in Viviers (B/L/D)

As we sail down the gently twisting Rhône and into Tournon, a 16th-century castle sits overlooking the village and a pair of ancient watchtowers can be seen adorning the surrounding rural landscape. Today, embark on a guided tour of Tournon to learn about its illustrious history and the culture of the people who call it home. If you would like to explore more of the region’s natural beauty, then you may instead choose to embark on an EmeraldACTIVE hike through some of the local vineyards.

As one of the largest cities in France and a former Roman capital, a lot of the most important moments in French history have taken place in Lyon. But, it’s Lyonnaise cuisine that has really put this city on the map, delighting gastronomists from around the world. Join your local guide for a walking tour of Lyon, including the UNESCO World Heritage-listed Basilica Notre-Dame de Fourvière.

If you are feeling more active, then you may instead choose to embark on a guided bike tour around Lyon, touching on its most prominent architectural wonders and moments from history. EmeraldACTIVE A guided bike tour of Lyon Included Excursion A guided tour of Lyon DiscoverMORE Visit to Pérouges (extra expense) (B/L/D)

The birthplace of photography and the centre of Burgundy’s wine region is yours to discover today as you travel by road to the quaint village of Beaune. Stop to visit the Hospices de Beaune, one of the best-preserved examples of 15th-century French architecture and home to one of the most popular wine auctions in the country. EmeraldPLUS A cheese and olive tasting on board Included Excursion Visit to the Hospices de Beaune (B/L/D)
After breakfast, you will be transferred from where your Star-Ship is docked in Lyon to Porto, where the second half of your river cruising adventure awaits. (B/D)
Relax on board today and enjoy a full day of sailing through the UNESCO World Heritage-listed Douro Valley. This fascinating area was inscribed because it hones in on two millennia of wine producing history, where viticulture has shaped the surrounding landscape and small, sleepy villages are peppered with dozens of sun-drenched vineyards.  Tonight, enjoy a welcome dinner and cocktail reception. EmeraldPLUS A Portuguese cooking demonstration on board (B/L/D)
Begin your day with a visit to the beautiful Quinta do Tedo vineyard in the heart of Portugal’s Douro Valley, nestled on the confluence of the Douro and Tedo rivers. This 18th-century estate is environmentally sound, creating organic produce by using traditional viticulture methods.  Alternatively, enjoy a guided walk through local vineyards, stopping along the way to admire your surroundings.  This afternoon, enjoy sailing to Vega de Terrón, perhaps relaxing on the Sun Deck.  EmeraldACTIVE A guided walk through the vineyards Included Excursion A visit to Quinta do Tedo with tasting (B/L/D)
Founded in Roman times, the ancient city of Salamanca and its UNESCO World Heritage-listed old quarter have an illustrious past, having been held by the Carthaginians, Romans and Moors.  Travel to the beautiful golden city for a walking tour, starting among the postcard-worthy galleries and arcades that adorn Plaza Mayor. You will have the opportunity to see Casa de las Conchas, a building that has been lovingly decorated with more than 300 shells. EmeraldPLUS Enjoy local entertainment from a tuna music band Included Excursion A guided tour of Salamanca (B/D)

This morning, arrive in Pocinho where you’ll have the opportunity to embark on a canoeing excursion or to visit the Côa Valley Museum. Later, return to your ship for lunch and soak up your idyllic surrounds as you sail towards Régua while taking part into a Port Wine cocktail lesson on board. A rural dinner at a wine estate is certain to be a highlight of your trip.

Today, on an included excursion, you will visit the marvellous Baroque village of Lamego, stopping to see the picturesque Shrine of Our Lady of Remedies, a structure that stands gracefully over the town. EmeraldPLUS A mosaic tile painting lesson on board EmeraldACTIVE Walk down the steps of the Sanctuary of Our Lady of Remedies Included Excursion A guided tour of Lamego DiscoverMORE A visit to Mateus Manor House (extra expense) (B/L/D)
Located at the mouth of the Douro River, Porto is a fascinating eclectic mix of modern and ancient architecture. Famous for its exports of Port wines, it’s easy to imagine how British merchant ships would have once clustered together in the medieval harbour, waiting to take Port wines across the water.  Your included tour of the coastal city will touch on the fortified structures of Castelo da Foz and Castelo do Queijo, a building whose pentagonal façades overlook the ocean. This evening, enjoy a charming evening cruise shining a different light on Porto's skyline. EmeraldACTIVE A guided active walk in Porto Included Excursion A guided tour of Porto DiscoverMORE Visit to Quinta do Aveleda with Vinho Verde tasting (extra expense) DiscoverMORE Taylor’s Port wine tasting (extra expense) EmeraldPLUS Evening cruise through Porto (B/L/D)
This morning, disembark your Star-Ship and travel south, following the coast of the Atlantic until you reach the enchanting town of Nazaré. Continue onwards until you arrive in Lisbon. Lisbon’s beauty has captivated people from around the world for centuries, and your included three-night stay in Lisbon is certain to leave you captivated too. (B/D)
Today, a tour of Lisbon’s centre will offer the perfect introduction to the Portuguese capital, where limestone cobbled streets are peppered with terracotta-roofed houses, all swathed in delightful breezy sea views. Your tour will include a visit to the UNESCO World Heritage-listed Jerónimos Monastery, an icon of Late Gothic Manueline architecture that can be found gracing Lisbon’s harbour. The shrine-like south entrance is a true delight, with gables, pinnacles and a statue of Henry the Navigator, one of the pioneers of Portugal’s Age of Discovery, a period of time that brought riches to the Portuguese Empire. Included Excursion A guided tour of Lisbon (B)
The heart and soul of Lisbon is yours to discover independently today, as you stroll past gleaming white basilicas and traverse cobblestone streets. Your tour director will be available to help you plan your day of independent exploration. DiscoverMORE Excursion to Sintra (extra expense) (B)
After breakfast, it’s time to bid farewell to your fellow guests and prepare for your transfer to the airport, taking memories of the golden city and illustrious vineyards with you. This itinerary is a guide only and may be amended for operational reasons such as high and low water. As such, the cruise may operate altered from that stated above. Please note: Pre-release itinerary subject to change. (B) 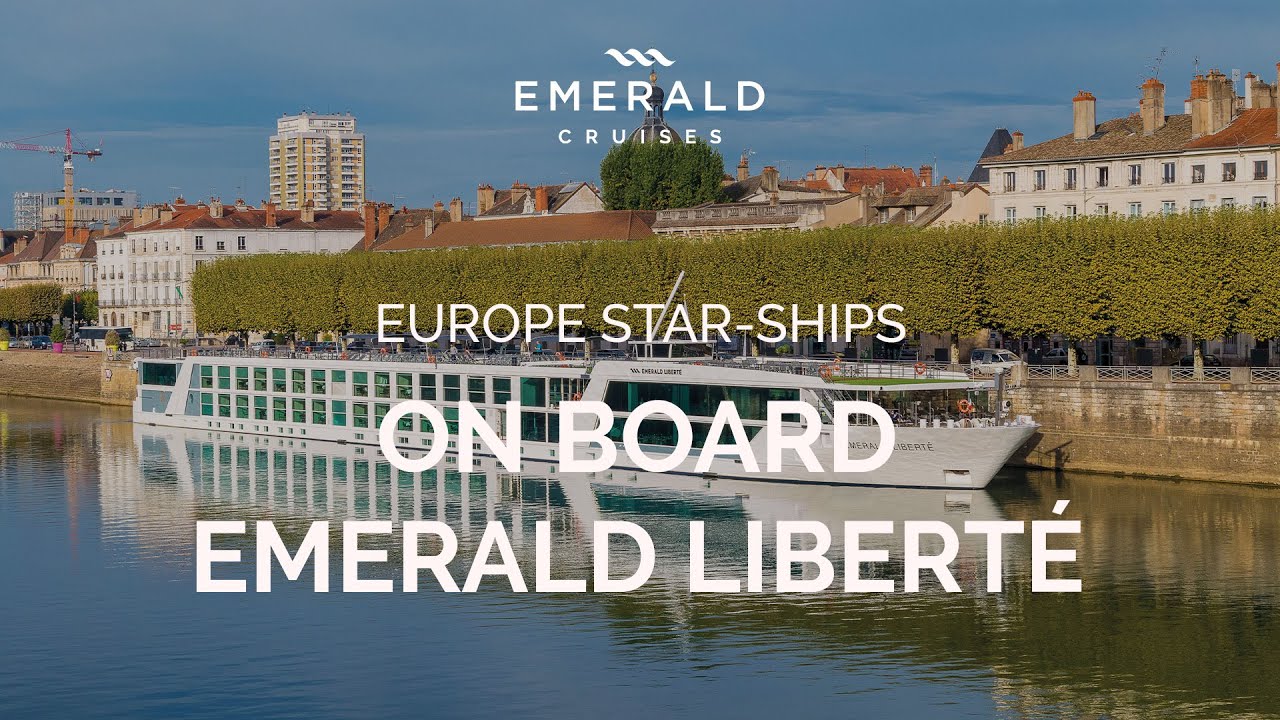 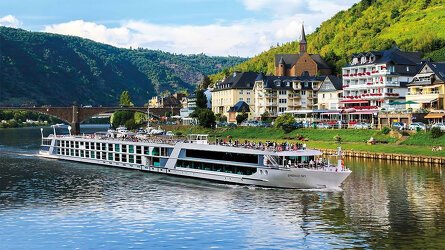 Splendours of Europe with Paris 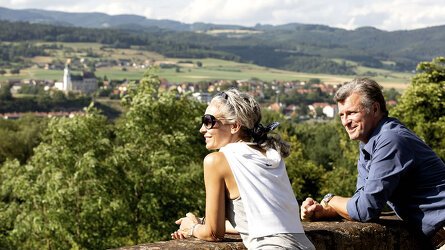 Paris with Splendours of Europe 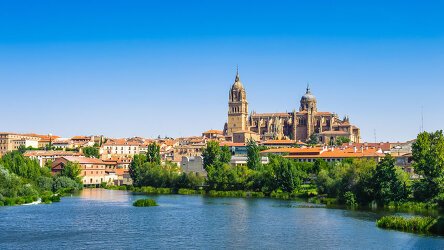