Immerse yourself in London's rich history and culture, or tour England to discover it's many treasures. Cruise on Lake Windermere in the Lake District, marvel at the Roman spas in Bath, explore the walled city of York and discover the picturesque coastline and fishing villages of Devon and Cornwall.  Choose from one of 97 short breaks, rail journeys and guided group tours to England. 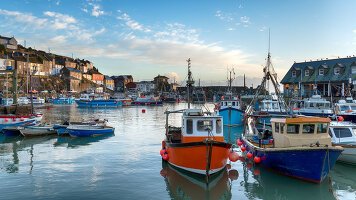 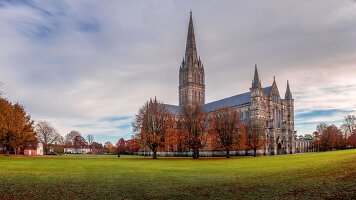 Corners of Cornwall
8 Days London to London
Operated By: Back-Roads Touring
From
$3,724
Save
$176 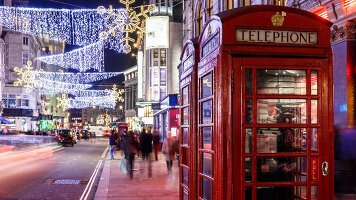 British Royale
10 Days London to Edinburgh
Operated By: Luxury Gold
From
$7,814
Save
$470
View all England Tours

Must do experiences and highlights across England 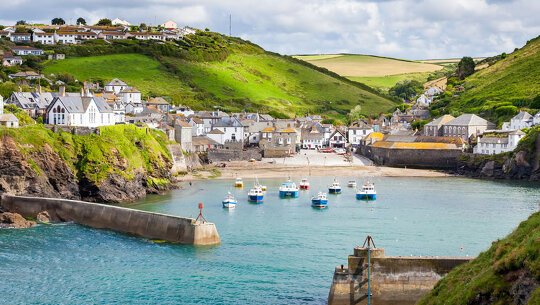 Seafood in Padstow
Enjoy the local fruits of the sea when you lunch at The Seafood Restaurant, Rick Steins flagship restaurant, located in Cornwall's pretty town of Padstow. 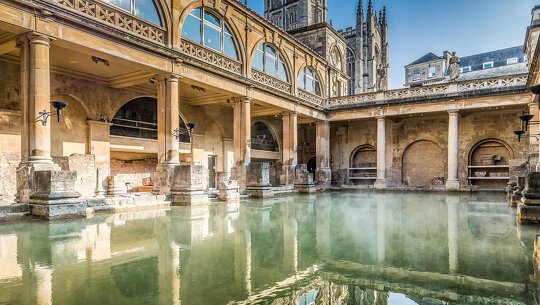 The Roman Baths
Be awestruck by Bath’s well preserved ancient Roman spa, when you visit the Roman Baths with its colonnaded pool, filled by warm natural thermal springs. 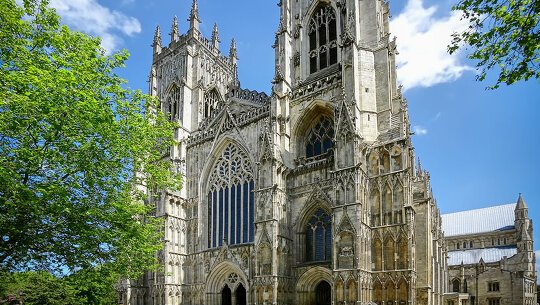 Explore York
Stroll atop the city wall, the narrow lanes of the Shambles and discover the intricate architecture of the magnificent York Minster, England's largest medieval cathedral. 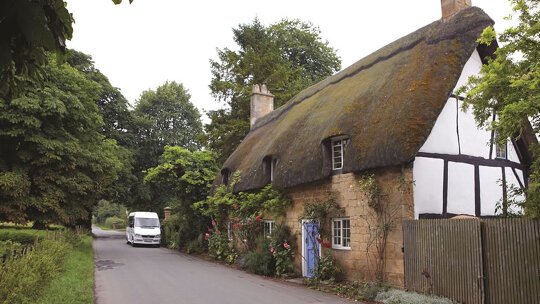 Lunch in an English Pub
Whether it’s in London or as far north as the Yorkshire Dales, you can’t go past a ploughman’s lunch or a Beef and Guinness pie with a pint of ale in an English pub. 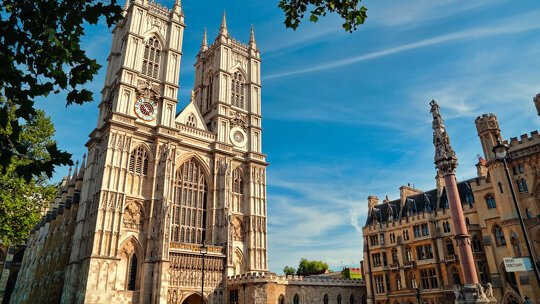 Westminster Abbey
Take a guided tour of the Westminster Abbey where royal weddings and coronations have been celebrated since 1066. Be moved at the tomb of the unknown warrior and the 3000 other great Britons entombed here.

What our clients are saying about their tours around England


“Incredible way to venture around the historical countries of Great Britain and Ireland”
Olivia - NSW, Australia Jan 2020
Amazing trip which allowed individuals to meet like-minded people whilst travelling and exploring the historical areas of Great Britain and Ireland. The Contiki road crew were amazing and very knowledgeable of the locations and highlights explored. The accommodation, included extras and add-ons were all excellent and great value for money. I would definitely book another Contiki trip and use Global Journeys in doing so.

“The best of Britain & Ireland ”
Emily - VIC, Australia Oct 2019
Unfortunately on the last leg of our flights the priority tags were removed from our luggage & then the express checkout meant nothing in Melbourne, meaning we probably got out 40mins-1hr later than we could have. While the tour director was very good, looking back on it now & even half way through the tour everything he was talking about in relation to the days events & the stores to visit was either preparing us for the feedback or promoting stores potentially linked with Trafalgar. It was good ...read more having it all organised & being driven around but some days could have been left free for people to do what they wanted. Some of the timing was a bit off just to cater for a tour group. We didn't need to go to the Guinness factory at 10am just to beat the crowds, considering we had a whole day free of inclusions. Had we known more about the optional extras we may have forgone some of them. Some of the set meals weren't that great either but again having everything organised meant it was less stressful. (GJ. Perhaps next time you might consider Trafalgar's other brand CostSaver - less inclusions and more free time to do as you choose, which of course makes the trip cheaper as a result.)

“England, Scotland & Wales”
Peter & Lyn - SA, Australia Sep 2019
We booked this tour knowing that it was a budget tour but we have travelled with Cosmos many times before and knew what to expect. Our experience was that it was comparable to a "Trip A Deal" holiday where you were only offered the bare bones. It seemed to us that they have removed a lot of the 'included' items which resulted in us possibly not considering booking with Cosmos again. Previously we have been very happy with Cosmos tours. The hotels were of expected quality but their location was way ...read more out of town with no options for meals or things to do after hours. You had to eat at the hotel as there was nothing else in the near vicinity. You were obliged to take up the optional tours listed as there was limited access or options of other things to do close to the hotel and you were too far out of the city to explore on your own. Basically we were just driven from hotel to hotel rarely stopping for a photo stop. Our tour guide did give us some of the local history of the area but when arriving at the hotel didn't give any information about what was available to do or see by yourself in the area. We did see what we wanted to see and enjoyed ourselves overall.

“Britain Sampler”
Bernice - VIC, Australia Sep 2019
The tour director, Oshan Mahoney, was great very friendly. Driver Julian was very skilled. Overall tour was great to get some insights. But the accommodations were really below par, the hotels were really dated, some of the hotels are really dirty in the bathroom.