When you are thinking about planning a river cruise in South East Asia you might wonder whether you should choose the Mekong or Irrawaddy. Of course there is no comparison – they are two very different rivers running through different countries...
17 August, 2018 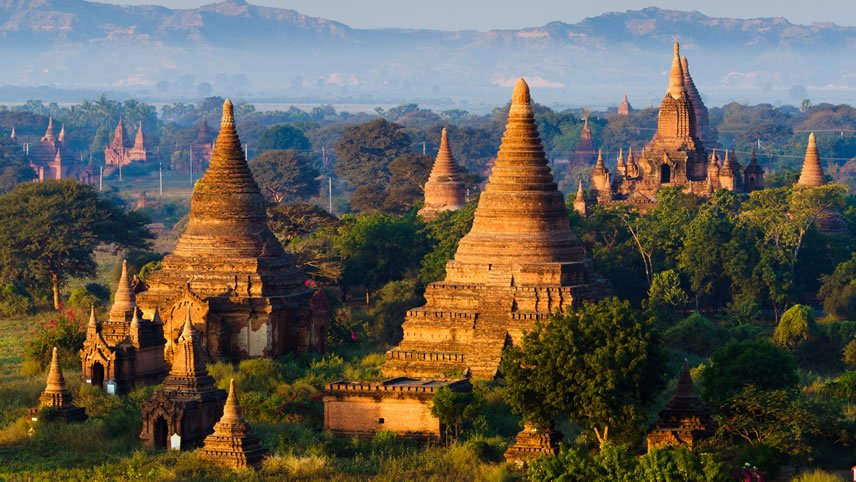 When you are thinking about planning a river cruise in South East Asia you might wonder whether you should choose the Mekong or Irrawaddy. Of course there is no comparison – they are two very different rivers running through different countries and landscapes. However, if you are travelling into the region specifically to river cruise you might want to know which river is the right one for you so you can make the appropriate choice. Or you might choose to river cruise on both, which is also possible!

Take a look at the features of each river. The Irrawaddy is Myanmar’s largest river, travelling north to south before it spills into the Andaman Sea via the Irrawaddy delta. The backbone of Myanmar, you will get under the skin of the culture of this fascinating country as you visit artisans, Buddhist temples, and glide through a landscape dotted with stupas and visit ancient pagodas. You will get to understand the traditional nuances of a country that has been known more for its moments of unrest than its reclusive beauty. It is not surprising the river crosses paths with the best of Myanmar’s destinations on the popular river cruise route from Bagan to Mandalay and beyond to Yangon. 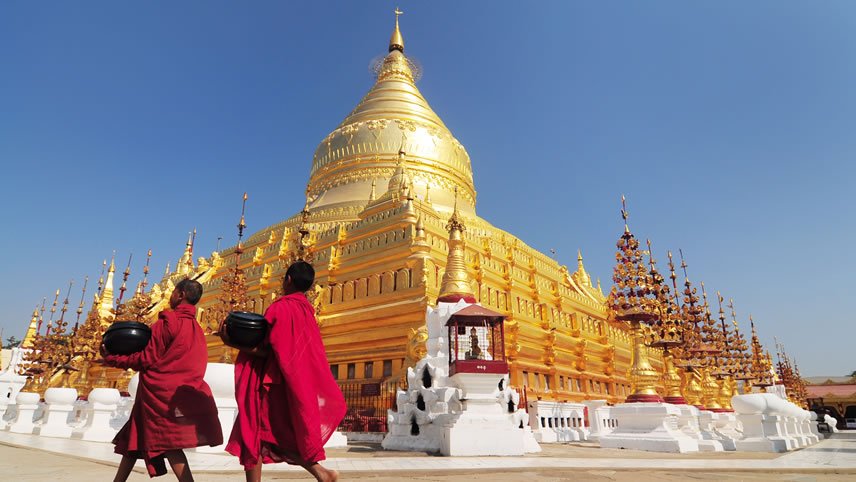 The Irrawaddy passes through occasional dramatic landscapes where the river narrows but mostly you will be graced with distant scenes due to the breadth of the river. Pass by rickety jetties and wooden boats, hear the bells of the pagodas and smell the wafting incense from riverside pagodas as you pass by villages and towns. With a width that varies between 400 metres (¼ mile) and 800 metres (½ mile) and a depth of up to 9 metres (30 feet), the river passes through a number of defiles, which adds steep gorges to an otherwise gentle riverscape of rolling hills, sandbanks, villages, towns, stupas and pagodas. When you river cruise the Irrawaddy you are exploring just one country, Myanmar. This makes preparing to travel quite straightforward – one currency, one visa requirement - and you will come away with a depth of knowledge of one culture. Enjoy misty views across the gentle surfaces of the river and watch local fishing communities tend to their nets. Whilst not throwing the most dramatic, ever changing scenery, the Irrawaddy has an exotic humid charm by which you can watch the world go by.

You can choose from more than 15 itineraries that river cruise the Irrawaddy. Some offer extensions into Thailand with visit to Bangkok. 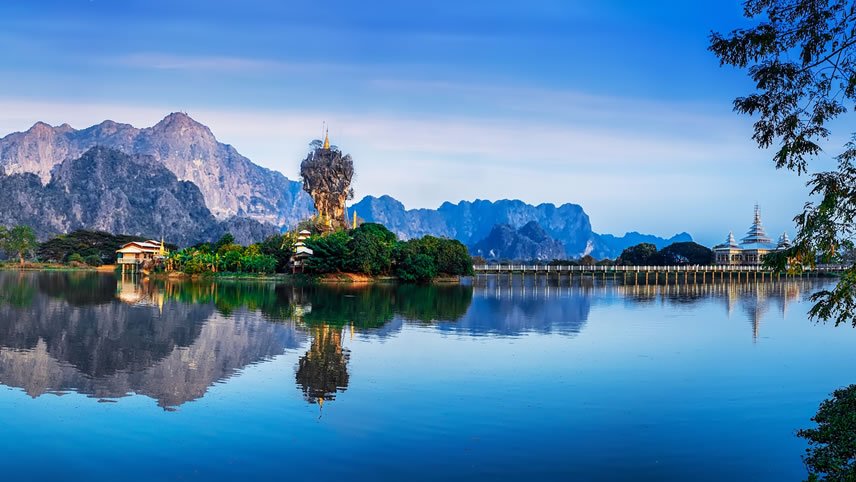 The Mekong offers a different experience to the Irrawaddy. Both offer a scenic river cruise journey and experiences that give you a taste of an unchanged and modernised local life and ancient beliefs. The Mekong passes through six countries in South East Asia but more river cruises focus on Vietnam and Cambodia, showcasing the diverse cultures and cities en route. The Mekong has more kudos on the tourist trail – more people cruise the Mekong than cruise the Irrawaddy, for no reason other than it is better known and Myanmar was closed to tourists for 50 years until 2012. The tourist trail to Myanmar grows annually as does the popularity of river cruising the Irrawaddy. Most Mekong River cruises traverse the section of the river that passes through Cambodia and Vietnam, starting on land in Siem Reap in Cambodia and finishing in Ho Chi Minh City or the reverse. Itineraries take in well known destinations en route from Angkor Wat, the devastating landscape that was the Killing Fields and visit the Royal Palace and Silver Pagoda in Pnomh Penh. Visit pagodas and meet Buddhist monks or nuns along the river as well as artisan workshops and bustling markets. These destinations are grounded in ancient history but have familiarity from your knowledge of recent history that was the Vietnam War and the reign of Pol Pot and the Khmer Rouge. 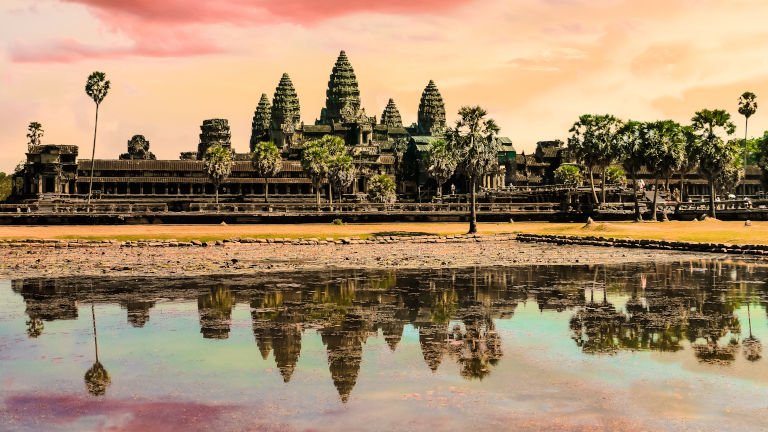 When you take a river cruise on the Mekong you will drift past rice fields that retreat and return with the seasonal rise of the river. Observe the local farmers who yoke the water buffalo to plough the fertile fields, and the families that work tirelessly with the tide to trap shrimp, crabs, and catch fish. Wonder at the communities who continue to live in stilted houses or the floating villages in the same way that they have for centuries. Experience the vibrant life of the floating markets and the contrasting vast expanse of the river and the banks, dressed in verdant forest between destinations. 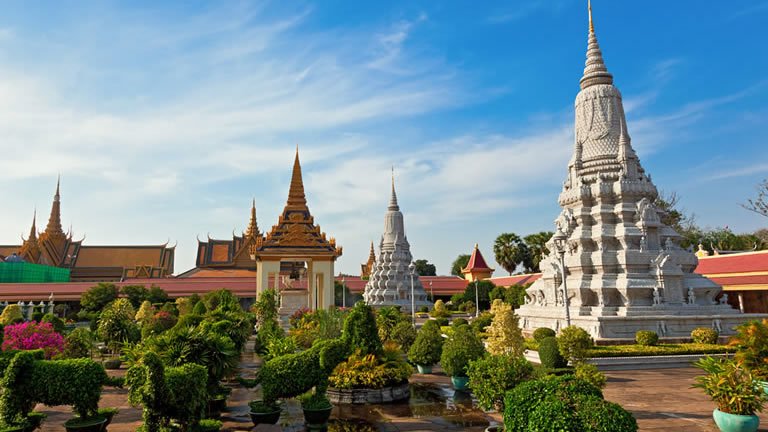 The popularity of the Mekong is supported by the over 70 Mekong river cruise itineraries you can choose from. There are tour and cruise combinations that offer you a land and river tour and tours that also take in China, Laos or Thailand.

River cruise the Irrawaddy and the Mekong

If the charm of each river and the intrigue of the diverse regions has you in a quandary as to which way to go, consider an itinerary that takes you on a river cruise of both the Irrawaddy and the Mekong. Scenic and Travelmarvel offer tours from Mandalay in Myanmar to Ho Chi Minh City in Vietnam that include the best of both with a river cruise along the Irrawaddy visiting rural towns and villages as well as a river cruise of the Mekong through Cambodia, Laos and Vietnam. Enjoy the best of both in one holiday. 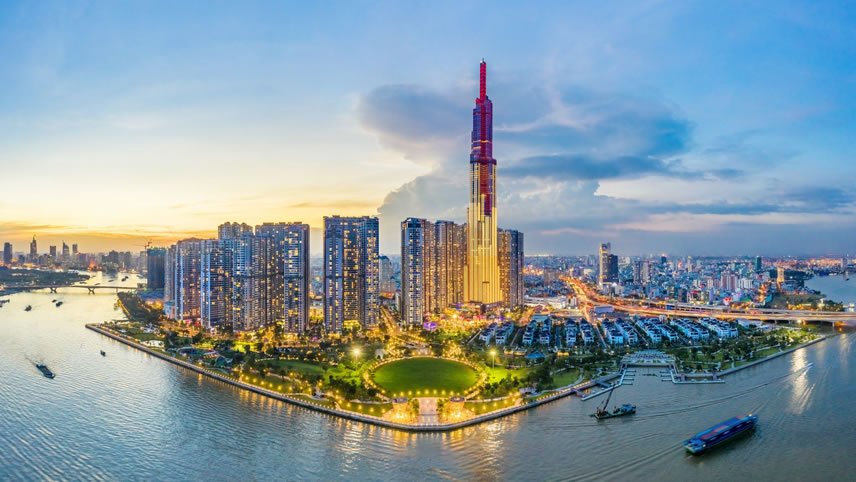 Whether you choose the Mekong or the Irrawaddy you will be immersed in the river life of enduring cultures that carry the same practices and beliefs as they did in centuries past, interrupted by colonisation, war and political unrest but with the resilience to retain their daily rituals as well as their spiritual and cultural core. Which one will you choose?