8 Day Small Group Adventure from Amman to Amman with Explore

Read 5 reviews and enjoy exclusive savings on Explore's 8 Day Spice Trails of Jordan. Explore some of the world's most magnificent historic and natural sites on foot. Retrace the steps of the ancient Nabateans along old spice trails, trek across wild plateaus to the rock-carved...read more city of Petra and into the breathtaking canyons of Wadi Rum. 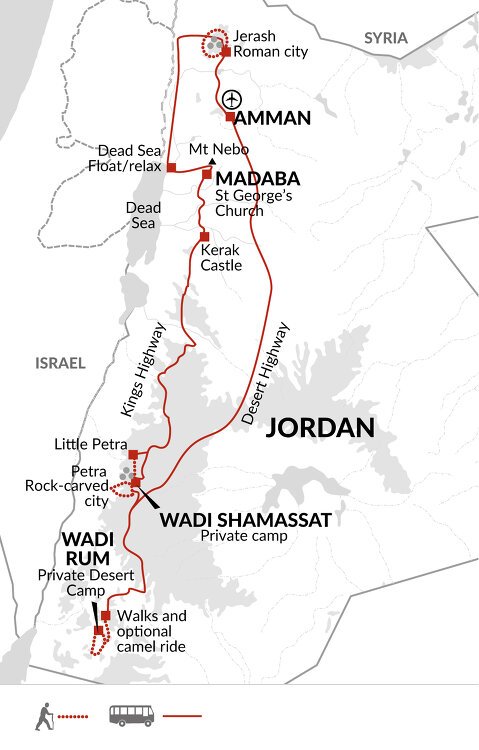 Expand All
1 Join trip in Amman

Arrive in Amman, the capital of Jordan, which is one of the oldest continuously inhabited cities in the world. Now home to almost half of the country's population, it is a fascinating city of contrasts, where the very ancient and the brand new collide.

For those arriving on time our Leader plans to meet you in the hotel reception at 7pm for the welcome meeting and for those that wish, there is the chance to go out for dinner. There are no other activities planned today, so you are free to arrive in Amman at any time. If you would like to receive a complimentary airport transfer today, you'll need to arrive into Queen Alia International Airport (AMM), which is around 30 minutes' drive. Should you miss the welcome meeting, you will find information on the Explore hotel notice near reception.

If your flight arrives earlier in the day, you may wish to explore the streets and souks of downtown Amman independently. Stay: Toledo Hotel (Comfortable)

From Amman we immediately head south on the Desert Highway to Wadi Rum. On arrival we load our bags into vehicles which sets off to deliver them to our nightstop. After a picnic lunch we walk through one of the most powerfully evocative places in the Middle East, to our campsite. The legend of Lawrence of Arabia and his Arab revolt lives strongly here and scenes from the famous film were shot here - deep in the fabulous purple-black and yellow mountains that rise from the sands of the desert. We walk to southern Wadi, where Lawrence of Arabia used to live, continuing to the highest point on this day the Seven Pillars Mountains (950m).

We generally arrive to the camp in the late afternoon as the hot desert sun starts to set, revealing an evening of incredibly clear skies studded with stars. The private camp is in the middle of Wadi umm Eshreen surrounded only by beautiful sand dunes and granite hills. There are toilets and hot water available for washing.

We spend the next day exploring the beautiful desert area of Wadi Rum. Starting from our desert camp, we walk in the footsteps of the early Nabatean traders. Spices, silks and perfumes were once carried along this same route. We will explore the northern side of Wadi Rum visiting the natural stone bridge, walk past sand dunes, follow camel foot prints and see inscriptions and graffiti on the weathered pink granite mountains. The desert is another world, inhabited by the Bedouin people for generations. After an unforgettable day's trekking through this remarkable desert scenery of sculpted sandstone canyons and pristine dunes, we return to our camp and enjoy another night under the star-studded sky.

After breakfast there is an optional two hour camel ride through a landscape of sandstone canyons. Non-riders are welcome to walk with the riders - quite a moderate pace, given the speed at which camels walk - or transfer ahead by 4WD to the road. The walk out if the desert descends from Wadi Rum to Edom (red) Mountains, we see the largest sand dunes area and pass the remains of Nabtain inscriptions in Jabel Elmezeet from 3rd century BC.

Meeting our bus we drive northwards to Petra where our luggage is taken onto the campsite and we look forward to a day exploring this dazzling site on foot. We first enter via the twisting and colourful Siq gorge arriving at the famous Al-Khazneh (The Treasury). Continue through the heart of the ancient city climbing to the Royal Tomb and Roman Theatre before heading up to our campsite in the Wadi Shamassat. We have special permission from the Petra authorities to wild camp in this unique location, within walking distance of the Petra archaeological sites. The camp is basic with are no showers but a portable toilet and bowls of water will be provided for washing.

This evening there is the option to return to Petra after dinner, for an enchanting tour of the old city by candlelight.

5 A further day exploring Petra and its surroundings

Today we head back to Petra to walk up to one of Petra's greatest monuments, Ad-Deir (The Monastery), set high above the city and almost hidden in the mountains.

From our camp we trek across a wild and windswept plateau called Alzantour, overlooking the Wadi Araba to the ruins of Petra. Upon reaching the rim of Jabel Almatalah we are rewarded with a superb panorama over the mountains of Petra. From here we follow a trail along some spectacular ledges to arrive at the cliffs at the top of Petra where we enter via the Monastery (1,120m). This is the part of Petra which is visited the least and a unique and unforgettable vantage point offering excellent views out over the whole city. We walk down the steps from the Monastery and visit the church, Alhabes Castle, then to the main tombs and the Nabatean Temple. The remainder of the day is free to explore the site at leisure. In the late afternoon our trek follows a different route along small paths called Wadi Alturkmanyah back to our campsite.

Today's 18 kilometre walk and guided tour is expected to take around seven hours, it is approximately a two hour walk to The Monastery. Stay: Little Petra Baidah Camp (Simple) (B/L/D)

This morning we walk from the campsite to little Petra. The ruins of little Petra are approached from one end by the narrow canyon known as Siq Barid (the Cold Canyon). Inside the Little Petra valley the walls are lined with tombs and the remains of caves previously inhabited by the Nabateans.

After visiting the site we drive along the Desert Highway before joining one of the oldest trade routes in the world, the King's Highway, up to the impressive Crusader Castle of Kerak, imposingly sited on a hilltop. Kerak became famous in the time of the Crusades as one of a chain of fortresses in the Holy War against Islam. The castle was built in 1132 by Baldwin of Jerusalem, a Crusader king.

Later in the afternoon, we continue to the small, mainly Christian town of Madaba where we spend the night. Madaba is famous for its collection of extraordinary mosaics, including the Great Map of Palestine (6th century). Discovered in 1896, and only fragmentary, it contains a good picture of Jerusalem.

This morning's three kilometre walk is expected to take around 45 minutes along a flat route. Stay: Madaba 1880 Hotel (Comfortable) (B)

This morning we visit Jebel Neba, better known as Mount Nebo - the point from which Moses saw the Promised Land. From here we descend to the lowest place on earth, the shimmering Dead Sea. Surrounded by barren hills, this unique water body has an amazingly high salt content (33%) that means no animal life survives and that it is almost impossible to sink. The experience of floating naturally is unique and relaxing on the calm sea. There is also the opportunity for mud pack treatments, renowned for their precious mineral contents and their health and beauty benefits. We have access to the use of showers and washing facilities.

After a float we continue ancient Jerash. Located in the Gilead Hills, it is considered to be the best-preserved city of the Decapolis, a confederation of ten Roman cities. One of the highlights of the Middle East, a triple arch gateway gives way to colonnaded streets, theatres, temples and baths. Particularly striking is the elegant forum - a fitting place to reflect on our exploration of this wonderful desert kingdom before we return to Amman. There may be time this afternoon to visit a Hamman in Amman. Stay: Toledo Hotel (Comfortable) (B)

The trip ends after breakfast at our hotel in Amman.

There are no activities planned today, so you are free to depart from Amman at any time. If your flight is departing later in the day, luggage storage facilities are available at our hotel. If you would like to receive a complimentary airport transfer today, you need to depart from Queen Alia International Airport (AMM). (B)

8 Day Spice Trails of Jordan reviews from past clients of Global Journeys.

One of my personal highlights of the tour was being taken into a spice shop in Madaba by one of the other tour members. Given that this tour is specifically called the Spice Trails of Petra an organised option around spices or cooking would have been a wonderful addition. (Review provided by Explore Worldwide.)

Really enjoyed the holiday, more walking would have been good. (Review provided by Explore Worldwide.)

“It was my first time with Explore and it will not be my last.”
Heather - Australia Jan 2019

It was my first time with Explore and it will not be my last - thank you for such an enjoyable, well executed trip with an excellent guide. (Review provided by Explore Worldwide.)

We loved the experience of Jordan, just wish we had had more opportunities to eat out not always in a group. Our last night we went to a small local restaurant and had excellent food. Awad took us to a fish restaurant in Aqaba that was very disappointing. (Review provided by Explore Worldwide.)

Lovely country, lovely group. Just a few issues with standard of the trip itself. (Review provided by Explore Worldwide.)

Best Price Guarantee We'll beat any comparative quote!
Dedicated Travel Advisor Here to help every step of the way!
Past Client? Save an additional $100 per booking!
Show more dates...
Key
Definite Departure. Minimum numbers reached for this depature to operate.
Available Departure. Minimum numbers not yet reached, so while this depature is expected to operate, it’s not yet a Definite Departure.
Not Available. Places on this departure are unavailable.
Exclusive Global Journeys Savings. Available for a limited time or until sold out.
Note: Your Global Journeys Travel Advisor will check the availability of your departure date when you enquire. Additional savings may apply. We guarantee the lowest price in Australia. T&C’s apply. 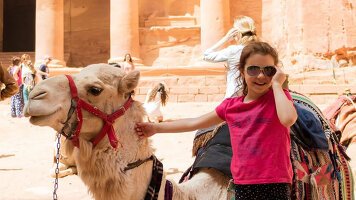 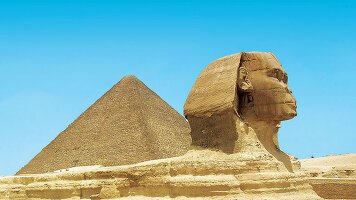 Nile Cruise with Red Sea Extension
13 Days Cairo to Bur Safaga
Operated By: Explore
Trip Notes
Trip prices are per person, and reflect applicable discounts. Discounts are subject to availability, exclusive to Global Journeys and may be withdrawn at any time without notice. Trip prices are correct at the time of the products going live, however are subject to confirmation at the time of booking. All trip information is correct at time of trips going live, however are subject to change by Explore. Full terms & conditions are available here.