Home > All Cruises > Asia Cruises > Japan: A Journey Through Time

Japan: A Journey Through Time 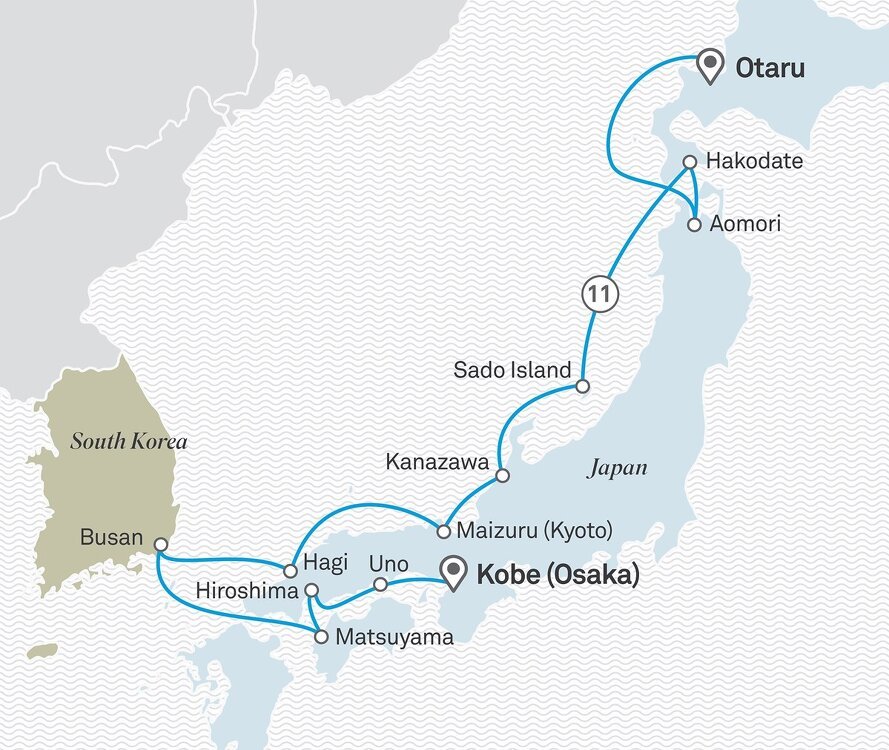 Take a voyage through Japan’s intriguing history. From catching a glimpse of the ancient Jomon era to learning about the samurais of the Edo period, Japan’s west coast will captivate you in every way. Over 12 unforgettable days, discover the country’s tough past, witness its mesmerising traditions and cultures and be immersed in the immaculate lush scenery.

Sail down the west coast of Japan to view regions largely untouched by tourism, including Aomori where you will see one of the largest and best preserved ancient archaeological dig sites. Get a glimpse into Japans feudal past, learning...read more of the samurais, Cold War spies and World War II history. Visit Geoparks, islands that are blessed with natural scenery including majestic cliffs exploding from the sea, dense forests and rolling fields of green. See the many faces of Japan on board Scenic Eclipse

Welcome to the lively harbour town of Otaru. Transfer to Scenic Eclipse where your journey into wonder begins with a warm greeting by the crew as you step on board. Raise your glass this evening and toast the start of your ultra-luxurious cruise. (D)
Superb seafood, riveting modern art and the world's largest virgin beech forest, Aomori is a hidden gem that is starting to find its place on the map. This ultra-modern port was rebuilt after World War II, and is filled with attractions that will reveal a different side of Japan. Just outside of Aomori, the archaeological dig site Sannai Maruyama, the largest and best preserved from the Jomon era (13,000-300 BC) provides a rare look into the nation’s ancient history.    Freechoice: Experience the charm of the Aomori Nebuta Festival at the Nebuta Warasse museum, or visit the Sannai Maruyama Archaeological Site one of the most complete and best preserved Jomon Period villages in Japan. Choose to explore the Hakkodamaru Memorial?Ship, or learn about the Edo Period in Hirosaki. (B/L/D)

Located on the southern tip of the island of Hokkaido, Hakodate was one of the first ports that opened to international trade. The international influence can be traced in the sophisticated architectural styles juxtaposed against the city’s traditional temples. One of the most underrated Japanese cities, Hakodate is well-known for the panoramic views from Mount Hakodate that encompasses the city, the harbour and the mountains in the distance. If you’re feeling adventurous, take the time to taste Hakodate’s signature salty Hakodate Ramen, rumoured to be the first ramen dish in Japan.

Freechoice: Discover the history of Goryokaku, or view the city from above as you ride the cable car up Mount Hakodate. Explore Onuma Quasi-National Park, or walk around the Hakodate Asaichi (Morning Market). Discovery: Hike up the active volcano Mt. Esan. (B/L/D)

Sado is believed to have been inhabited for over 10,000 years, and even finds mention in Japanese creation stories. Sado Island is a miniature Japan, showcasing every kind of coastal landform seen in Japan and a blend of cultures introduced by previous exiles to the island. Explore the Geopark, where the gold and silver mines, the taraibune (tub boat) and the nurtured rice farms are all deeply entrenched in the landscapes. While on the island, keep your eyes peeled for the crested ibis. Previously extinct in Japan, the Japanese Ibis (toki) was reintroduced to Sado Island through a successful breeding program, and several hundred now exist in the wild. Freechoice:  Learn the history of the largest gold mine in Japan, Sado Kinzan, or explore the small town of Ogi. (B/L/D)
Exceptional historical sites, traditional cuisine, renowned art museums and refined craftwork. Throughout history Kanazawa, meaning ‘the golden marsh’, has been one Japans most important cities for culture and art. Supplying 99% of Japans gold leaf, Kanazawa is also known to have one of the best and most beautiful landscape gardens in Japan. Spacious and secluded, it forms the green heart of this compact city.  Freechoice: Explore the famed Kenrokuen Garden and  Kanazawa Castle, or learn the  history of the Nagamachi Samurai District. Alternatively, see authentic Japan in this historic village Gokayama. Enrich: Enjoy a walk through the Higahsi Chaya District before having the opportunity to learn about what is involved in becoming a Geisha and the art of Japanese hospitality.  (B/L/D)

With a Naval history from 1901, Maizuru was the main port in Japan to receive repatriated soldiers after World War II. Home to the Japanese Navy Base, the closest to North Korea, local fisherman to this day report any suspicious boats who they believe may be North Korean spies.  Taste the citiy’s official dish nikujaga (meat-and-potato stew), dedicated to the legacy of the Imperial Japanese Navy’s Fleet Admiral Togo, who became famous for destroying nearly two-thirds of Russia’s fleet in the Battle of Tsushima.

Hagi is best known for its preserved former castle town, being fortunate enough to avoid all major disasters since the Edo Period. Located on the South Western corner of Honshu facing the Sea of Japan, this small town has a fascinating history. Wander through the small streets lined with cross-hatched namako walls and samurai houses, stunning castle ruins and traditional potteries. (B/L/D)
A tapestry of colours rolling across the magnificent natural setting, Busan is where the locals go for a relaxing getaway, thanks to its laid-back atmosphere, urban beaches, and great street food culture. South Korea’s second largest city represents a harmonious relationship between the calm sea, snaking rivers and lush mountains. Freechoice: Visit Tongdosa, one of the most important temples in Korea, or explore the Jagalchi Fish Market. (B/L/D)
Offering great historic insights into Japanese culture, Matsuyama is cradled between gorgeous green mountains and the peaceful Seto Inland Sea. At the heart of city is one of Japan's twelve originally surviving castles, the Bitchu-Matsuyama Castle. Today, walk through the castle and view the displays explaining the history of the castle and the efforts to preserve it. Admire the views over the town from this mountaintop castle.  (B/L/D)

Known for the devastating atomic bomb blast that ravaged the city and its inspiring status today as a symbol of peace and rebirth, Hiroshima is a destination steeped in history and outstanding natural beauty. Walking around the Peace Memorial Park is a moving experience, with monuments located throughout the tranquil ‘island’ including the World Heritage listed Atomic Bomb Dome, which survived complete destruction, and made use of nature to reaffirm the value of all life.

Today, visit the Miyajima Island and the floating Torii Gate at the Itsukushima Shrine. This afternoon, walk around the Peace Memorial Park. This is a moving experience, with monuments located throughout the tranquil ‘island’ including the World Heritage listed Atomic Bomb Dome, which survived complete destruction, and made use of nature to reaffirm the value of all life.  (B/L/D)

The port of Uno will immediately immerse you in local works of art. Uno is the gateway to Okayama, home to stunning gardens and an imposing castle. Today, walk in one of Japans most beautiful landscape gardens, Koraku-en Garden, constructed in 1687 as a place of entertainment for the ruling family. Explore Okayama Castle, originally built in 1597 before being reconstructed after World War II in 1966.  (B/L/D)
Welcome to Osaka. Disembark from Scenic Eclipse after breakfast as you farewell the crew and take away memories of a truly unforgettable voyage. Or, choose to continue on your Japanese adventure, cruising up the east coast.    The itinerary is a guide only and may be amended for operational reasons. As such Scenic cannot guarantee the tour will operate unaltered from the itinerary stated above. Please refer to our terms and conditions for further information. (B)

Life Onboard Scenic Eclipse I 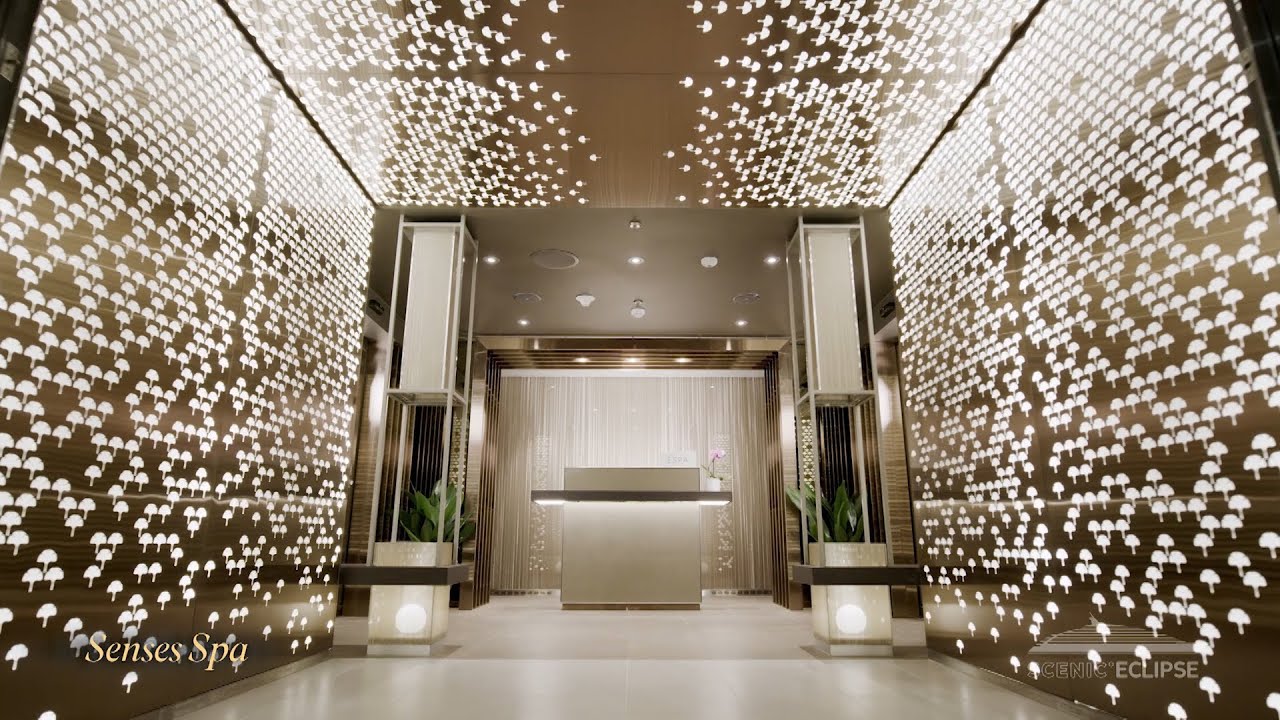 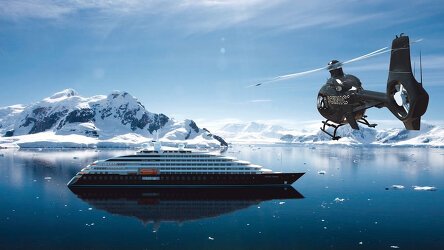 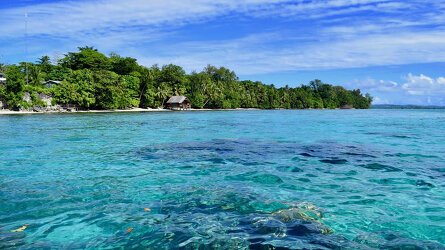 Treasures of the Mekong