Tropical Waters And Remote Island Communities In The Caribbean 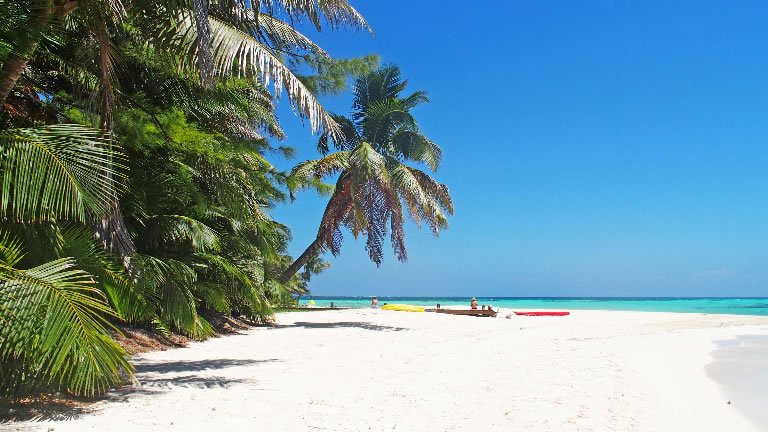 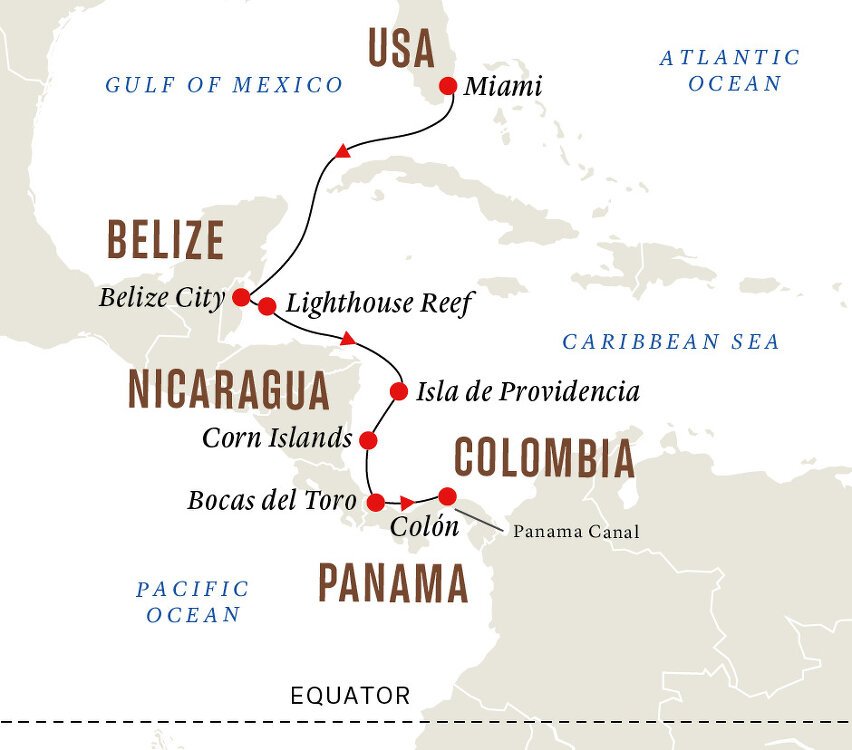 A fascinating discovery of Central American culture awaits you as we journey past some of the most exquisite islands known to man. See coral reefs snorkelling or explore near the coast on stand-up paddleboards. We’ll take you to rarely-visited Caribbean islands where you’ll meet local communities and embrace island life.

The sun-soaked city of Miami is the perfect launchpad for your long-anticipated expedition and you'll spend one night in a centrally located hotel in Miami Beach. The ‘City of Neon' has forged a well-earned reputation as one of the world's most popular holiday destinations and it's easy to see why. Year-round sunshine, white sandy beaches and clear teal waters are just a few reasons why visitors come in droves.

Yes, there's all the glitz you've seen in the movies, but there's a lot more to Miami than cocktails and red carpets. Delve a little deeper and you'll find a thriving metropolis with vibrant doses of Latin American, Caribbean, Asian and European influence. Searching for trendy clubs and bars? Head to South Beach – day or night. A taste of exotic Cuban Culture? That'll be Little Havana then.

We definitely recommend starting your trip early with an optional Pre-Programme. This will give you more time and opportunity to explore the full range of excitement that Miami and its surroundings have to offer.

After an overnight stay, you'll have the opportunity to explore colourful Miami Beach or Downtown Miami in the morning on your own. Return to your hotel for lunch and an included excursion – a guided walking tour through South Beach Art Deco District.

The district is packed with over 800 historic buildings in a range of styles including Mediterranean Revival and MiMo (Miami Modern). This is the largest concentration of Art Deco architecture in the country, so soak up avenues of pastel-coloured walls, exotic flora motifs, chrome accents, and geometric gems. The tour will end in the afternoon at the pier where you embark MS Roald Amundsen.

After checking in on the ship, you'll attend a mandatory safety drill before departure. Later, enjoy the first of many delicious meals, followed by the Captain's welcome toast. The Captain will then introduce you to other ship officers and to the Expedition Team, who will be your guides and lecturers on your journey, both on and off ship.

We'll spend these two days at sea preparing you for the tropical island experiences that await you. First things first, you'll want to acquaint yourself with your comfortable explorer vessel.

Feel free to indulge yourself in our Wellness Center. Take part in an art workshop. Invigorate yourself with a yoga session. Eat in style in one of our three restaurants or just spend time on deck looking for seabirds or other marine wildlife.

You'll also use these days at sea to get to know your Expedition Team. They'll deliver in-depth lectures on a whole range of subjects relevant to your cruise. Lecture topics may include oceanography, Mayan culture, coral reefs, Caribbean Sea creatures, island biogeography, archaeology and stargazing.

You can also pick up tips from the onboard photographer to get those post-card-picture perfect snaps.

If you want a one-stop-shop introduction to Belize, then head to Old Belize. A moving museum, the Old Belize train ride will take you through five different exhibitions showcasing Belize's history and natural beauty. Or you could just spend some time browsing the art shops or the Museum of Belize for some Mayan history.

Our main aim for the day lies 31 miles north of the city at the well preserved Altun Ha ruins. Only excavated in 1968, there are two main plazas and thirteen structures. If weather allows, you can climb the ancient temples and imagine what the area was like over 2000 years ago when Altun Ha was a wealthy trading town. Besides the ancient plazas, Altun Ha is situated in an area rich in wildlife. Over 200 species of birds have been sighted here as well as bats, raccoons, tapir, armadillos and the white-tailed deer.

Belize's famed barrier reef is the country's pièce de resistance and considered as one of the best marine sites in the whole Caribbean. A thrilling variety of sea life, lush cayes and opportunities to participate in water activities await you.

We anchor for the day at the uninhabited Half Moon Caye island in the Lighthouse Reef, the most remote of the atolls. The island is best known for the sanctuary it provides to the rare red-footed booby bird and this is their only nesting site in the region.

Follow local guides along the sandy trails to the bird tower. Here, you'll have an uninterrupted view of nesting boobies and magnificent frigatebirds. Large iguanas sometimes like to sunbathe on the paths so you might spot a few as you explore.

Half Moon Caye is also the country's first marine protected area and a UNESCO world heritage site. It's crystal clear waters are home to endangered loggerhead, hawksbill, and green turtles. Optional snorkelling excursions are available at the Blue Hole natural monument – a massive watery sinkhole in the reef with a kaleidoscopic array of fish.

After two days of excursions, you'll be grateful for the opportunity to recharge your batteries on your comfortable state-of-the-art vessel. Start the day with some yoga or join the expedition team for lectures on topics varying from wildlife to geology and the indigenous peoples we will encounter.

This is also the perfect time to get up to speed with what's happening in the Science Center. Our access to some of the most remote parts of the world enables us to provide the scientific community with some precious data – and we invite you to take part in these Citizen Science projects.

For example, as we sail, the chief scientist in the Expedition Team will be taking Secchi disk samples of the water. These samples contain plankton, which is the basis of the oceanic food chain. Their distribution, abundance, and seasonality are sensitive to climate change and studying plankton helps the scientific community keep abreast of overall patterns of the planet. This is one of the many things that sets expedition cruising apart from your traditional cruise.

Feel free to spend time out on deck enjoying the fresh sea air as you scout for wildlife. After a sumptuous dinner, relax in the elegant Explorer Lounge or take advantage of a pristine, dark sky to do some stargazing.

This remote Columbian island in the Spanish Caribbean was once used as a base by 17th century Pirate Henry Morgan to plunder passing imperial galleons loaded with gold doubloons. Legend has it that much of his treasure remains on the island. Few will argue, however, that its real treasure lies in its gorgeous sandy beaches, charming locals and pristine waters.

Sadly, the island was affected by Hurricane Iona in 2020. Rebuilding works are underway and our visits are vitally important in supporting local businesses and the community as a whole to recover.

There are no public buses, so the humble golf cart is many

people's de facto means of exploring the island's beaches and villages. There are a limited number available and going around on foot is just as enjoyable.

Hiking to the highest point of the island is not for the faint-hearted, but you will be rewarded with breathtaking views of the island and the sea beyond. Frigate birds, iguana and electric blue lizards make up the local wildlife you might encounter on the way.

The seas around the island are shallow and surrounded by beautiful coral. The diverse coral reefs are the centre point of UNESCO's Seaflower Biosphere Reserve – an oceanic archipelago of rare systems in the Caribbean Sea. Here, you'll have opportunities to spot the now famous clownfish, turtles and manta ray whilst snorkelling.

We believe that one of the things we do so well is taking you to smaller, hard-to-get-to destinations that are often missed by the bigger cruise ships. We plan to land on Big Corn Island, which lies roughly 50 miles off the coast of Nicaragua.

The sea here often has a lot of swell, so the island only receives a modest number of visitors year-round. If wind and waves allow us to be among the lucky few, you'll be able to discover one of the Caribbean's best-kept secrets.

You'll find none of the usual tourist traps here, just a slow island vibe with beautiful beaches and genuinely friendly locals. In fact, don't be surprised if you're greeted with local dance and music. You get the feeling this is a place where everybody knows everyone, and you'll be welcome wherever you go. The lobster is juicy, and the hammocks in abundance.

Getting around the island is easy – there is literally one paved road that that goes around the whole island. Although the beach is the obvious draw, you'll be rewarded with some charming street art and sleepy restaurants if you make the effort to explore. Hike up Mount Pleasant Hill for views of the coves and stunning horseshoe bays.

Keeping with the theme of the expedition – the coral reefs surrounding both Big and Little Corn are pristinely beautiful. If you haven't already, this is your chance to immerse yourself in the water: watch the world go slowly by in a kayak or atop a stand-up paddleboard.

This is the kind of place people imagine when they dream of paradise. Now a UNESCO World Heritage Site, this National Marine Park is one of the world's most biologically diverse places on Earth and has an exotic mix of wildlife spread across its many islands.

You'll take a local water taxi transport to one of the surrounding islands and go on a guided walk. One place we might visit is Red Frog Beach where you can try and spot the titular frogs.

Or maybe you'll go to Solarte Island which has a number of hiking trails. The tropical rainforest here is home to industrious leaf-cutter ants and hums with the calls of exquisite birdlife. If we're lucky, we might spot red frogs and three-toed sloths.

There are also optional excursions to visit a sustainable cacao farm or to snorkel in Zapatilla Cay where the hit TV show Survivor was filmed.

Your wonderful tropical voyage concludes at the Caribbean entrance to the Panama Canal. This bustling port town is a popular stop for cruises going to the Caribbean and has a diverse population for its small size.

If you're not quite ready to see an end to your adventure, add on three extra nights with our Post-Programme, staying at an exotic jungle lodge nestled in the rainforest next to Chagres River. During your stay, you'll visit a rainforest centre and a farm working with reforestation, explore the jungle on a night boat safari, and enjoy views of the area by cable car.

There's also another Post-Programme option to Casco Viejo, arguably the most charismatic neighbourhood in Panama City. Stroll the rustic cobblestone streets and plazas, admire the architecture of colonial churches, mansions and the Metropolitan Cathedral, and try out some of the local specialities like coffee and cocoa.

You can even book another expedition cruise from here that takes you through the ingenious man-made locks of the Panama Canal and through to the Pacific Ocean on the other side. You can then explore the many sights and coastal cities of South America.

Whatever's next for you, we wish you a safe onward journey and look forward to seeing you on your next adventure! 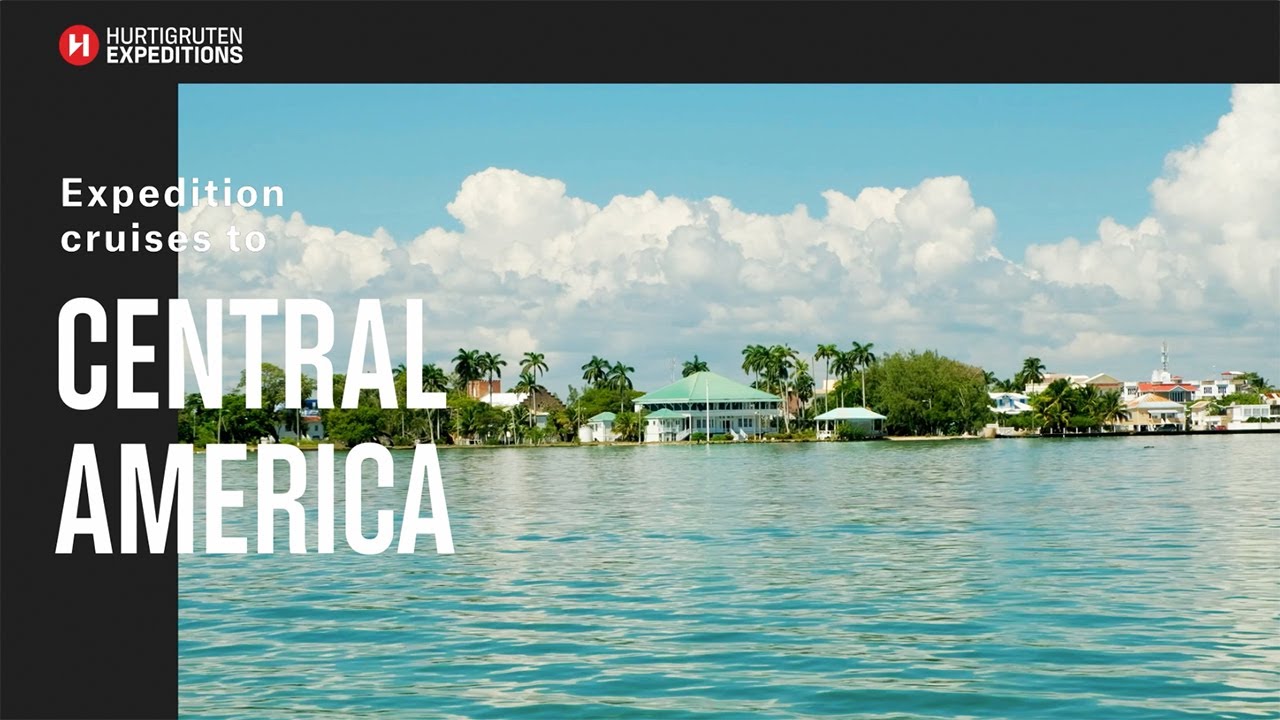 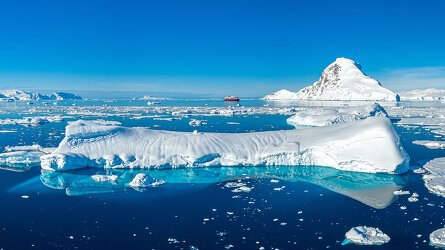 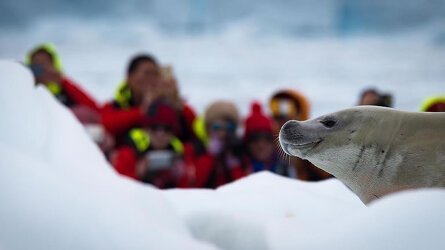 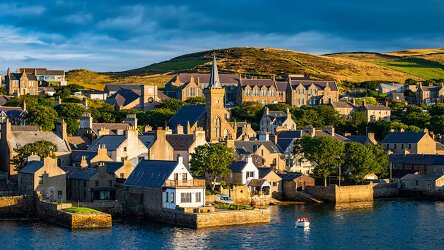 Island Hopping In The North Atlantic – The British... From Bergen From Dover From Reykjavik