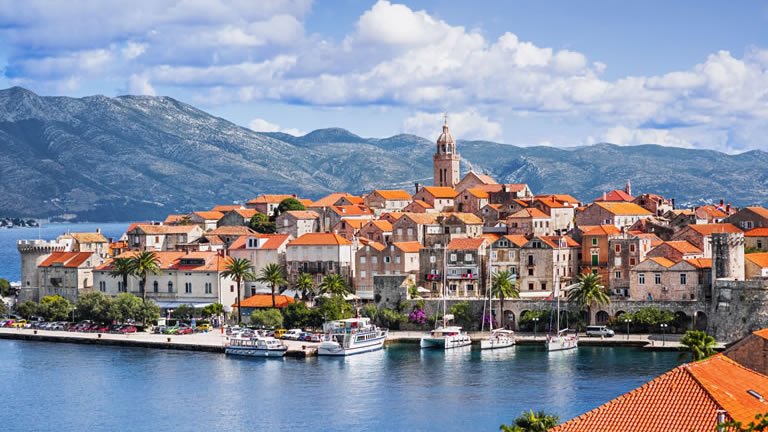 Book online and enjoy exclusive savings on Exodus 8 Day Dubrovnik & the Dalmatian Coast. With impressive architecture and arguably some of the best scenery in Europe, the Dalmatian Coast is truly unique. This is a relaxed week taking in the best of this striking coastal region. We start by exploring the UNESCO cities of Split and nearby Trogir, before sampling island life on beautiful Korcula. We complete our trip with three nights in Dubrovnik, possibly the most perfectly preserved Renaissance town in the world, with a jumble of narrow streets and red-tiled roofs tucked tightly within the city...read more walls.

Start Split airport. On arrival we take a short transfer to the UNESCO town of Trogir in time for dinner. We stay in the old walled part of this charming town. Hotel Fontana, Trogir.
We look around Trogir in the early morning before taking a short transfer to Split, another UNESCO city. There will be free time in the beautiful old city centre before we catch a catamaran late afternoon to the island of Korcula (approx. 3-3.5hr). The medieval walled town of Korcula, reputedly the birthplace of Marco Polo, is often described as a mini Dubrovnik. This picturesque town is located at the tip of the island where the distinctive red roofs jostle for space between ancient towers. Like Dubrovnik, the old town is a warren of small lanes and alleys: a great place to explore and a photographer's paradise. We take a short transfer to the village of Lumbarda where our hotel is situated. Hotel Borik, Lumbarda.
It's time to stretch the legs and roam the surrounding area of Lumbarda. We will walk through vineyards and olive groves and admire the beautiful beaches where we can stop for a drink or a quick swim. We visit the famous Grk winery and sample some of the local wines typical to the island of Korcula. In the evening when transfer to Korcula Town for dinner. Hotel Borik, Lumbarda.
After breakfast, we transfer to Korcula in time for the catamaran to Mljet Island, whose national park status has ensured limited development. The island is a lovely tranquil place to walk, cloaked in forest, and dotted with tiny hamlets. Our goal today is to reach the peak of Montokuc (256m) which offers panoramic views of the beautiful Dalmatian Coast and to enjoy a picnic lunch on the island, before returning to our hotel on Korcula. Those who do not wish to walk up to Montokuc peak can take a flat circular walk around the lake, have a swim, and enjoy a drink overlooking the water. If the Catamaran cannot operate due to bad weather, there are alternative excursions, or we will stay on the island of Korcula and visit Vela Spilja, one of the most important prehistoric archaeological sites in Europe. Hotel Borik, Lumbarda.
We transfer to the ferry port to catch the ferry to the Peninsula Peljesac (15min ferry ride) after breakfast. Once on the peninsula, we drive along a very scenic mountain road with great views of the coast and vineyards. We will stop at one of the local agrotourism and enjoy a local olive and produce tasting just next to the old town of Ston. In Ston we recommend walking up the magnificent old walls which overlook the town – the view from the top is fantastic! Ston is also very well known for its seafood – the mussels and oysters here are so fresh and probably the best on the trip. After roaming the streets of Ston we will transfer about 60km to Dubrovnik where we have the rest of the day to relax. In the evening we can go into the old town for dinner and a wander around. Hotel Splendid, Dubrovnik.

Today we enjoy a full day in the remarkable old city of Dubrovnik which includes visits to the Rector's Palace and the Franciscan Monastery. Dubrovnik exudes old-world charm with its location right on the Adriatic, the fine religious buildings surrounded by heavily fortified walls and the jumble of red-tiled roofs. The shelling of Dubrovnik by Serb troops in 1991 and 1992 outraged the world. Fortunately, over the last 10 years, great care has been taken to re-build the damaged parts of Dubrovnik and the city has now returned to its former glory. The cobblestoned streets of the Old town, or Stari Grad, feature fountains, churches, palaces, and museums – all built from the same light coloured stone.

There are no motor vehicles in the city but at night the streets come alive as locals and visitors take an early evening stroll along the Stradun. This is the main street and is covered in smooth shiny marble. Following the walking tour, there will be time for a walk along the famous city walls: this is optional and costs approx. €25 for entrance into the site (or is included in the Dubrovnik card). Hotel Splendid, Dubrovnik.

We have a free day for further exploration of the city. Relax either in the many eateries, on the beach, or perhaps enjoy an optional visit to Lokrum Island. Very easily reachable from the old port in the Old town of Dubrovnik, this island is a nature a special forest vegetation reserve, waiting to be explored today! A 20 minute boat ride will take you away from the crowded streets of the Old Town to this beautiful green Island where the botanic garden is situated and where you can relax with a drink. Don't forget to bring your swimming gear and a good book as after a stroll you will most definitely treat yourselves to a swim in the Adriatic Sea. Hotel Splendid, Dubrovnik.
After breakfast, the trip ends Dubrovnik. 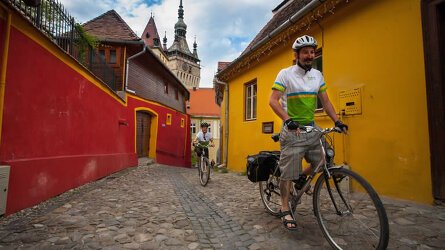 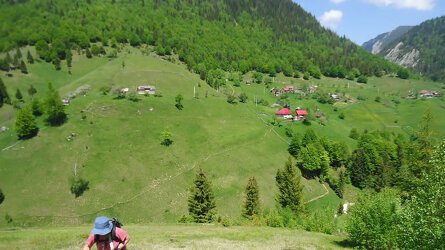 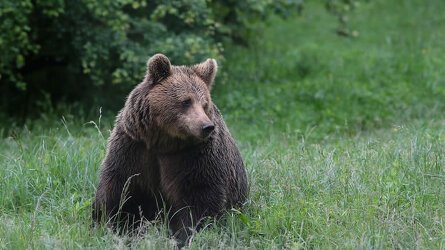 Bulgaria: Realm of the Brown Bear